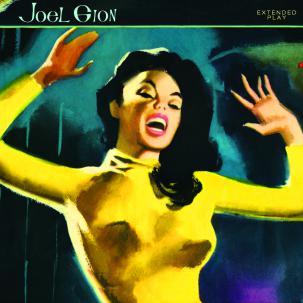 Joel Gion, the iconic percussionist and vocalist with The Brian Jonestown Massacre and The Dilettantes, has a new solo record "Extended Play" out now, it's available as a download from itunes and Limited edition vinyl (with alternate tracks) from www.joelgion.com or The Committee To Keep Music Evil at www.ctkme.com 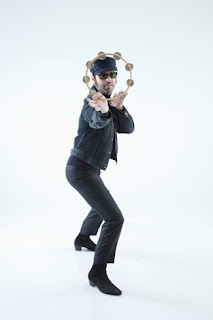 Joel must be Rock's only virtuoso tambourine player, elevating the instrument to a cool must-have item - taking it centre stage at most of the Brian Jonestown Massacre's gigs, where he was often the main focal point. In fact seeing the BJM without Joel, as I did a couple of times, just didn't seem right! His calm nature and relationship with the fans could sometimes defuse the sporadic violence at their shows where the sad ritual of audience versus Anton occasionally reared it's ugly head. I mean "Dig!" was a fantastic Rock'n'Roll movie but it did inspire a lot of knuckleheads to go to BJM gigs with the sole intention of provoking Anton into losing the plot. Joel just seemed to radiate this coolness and charisma that somehow had a calming effect.

Joel formed The Dilettantes during a break from the BJM and they released a fantastic album called "101 Tambourines", which was superb, extremely underated but certainly worth getting hold of. It is a really strong record with some sublime chiming guitar work and great, catchy songs - not forgetting some top notch tambourine playing of course!


And now Joel has his own solo record released "Extended Play" and I'd thoroughly recommend it. There are individual videos to each of the tracks which you can see on You Tube or on his web-site, here's a taster...

Here is a great interview with the man himself - where he takes us through his collection of vintage tambourines - including, amazingly enough, an electric tambourine! Check it out...