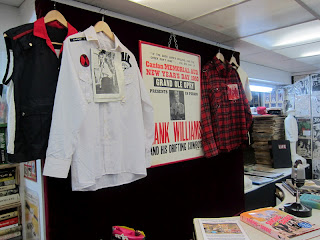 Here are some photos from the recent Subway Gallery installation of The Clash and Big Audio Dynamite's Mick Jones' Rock & Roll Public Library. Unfortunately, the exhibition only ran for about a month and has now finished, but it would be great if the collection could find a permanent home somewhere soon.
The Subway Gallery web-site explains the idea behind the public showing of the collection: "The Rock & Roll Public Library, a testament to popular culture, springs directly from the enormous personal archive of Mick Jones, a collection that began well before The Clash were formed in 1976. As such it forms an invaluable guide to the collision of cultural influences that informed The Clash and Jones. The collection is also a testimony to the manner in which pop music came to its first full fruition at the same time as Pop Art. 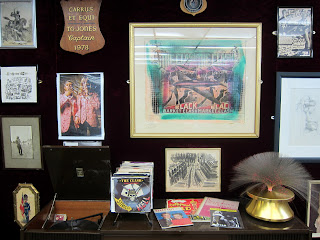 Envisaged as a permanent reference library for use by both the local and international community, it comprises, believes Jones, 'a personal, cultural and social history of our times, and through that it extends beyond the local to the global'. Popular culture is now established as part curriculum of many universities: it is intended that ultimately, the library will be an invaluable and essential aid to academic research and personal inquisitiveness.
Great song-writing partnerships are hard to break up, and so it is apt that the Joe Strummer Subway on London's Edgware Road (in the shadow of the Westway) will lead you to the latest edition of the Rock & Roll Public Library at the Subway Gallery - a home for underground art."  Here are some of my photos taken on the Exhibition's last day. 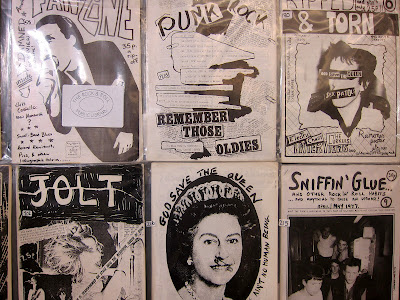 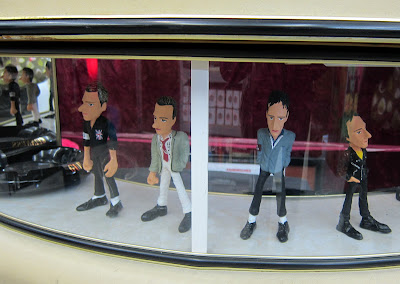 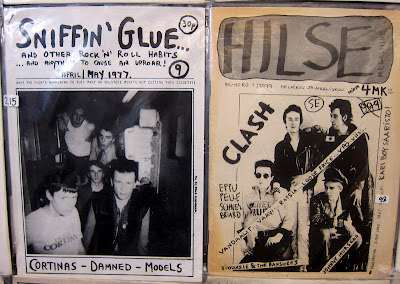 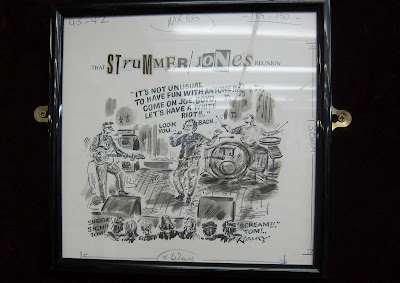 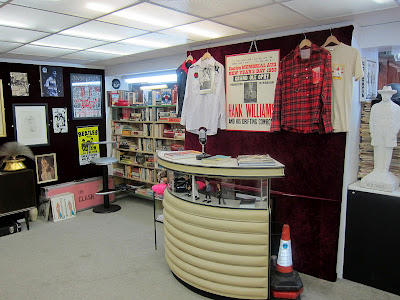 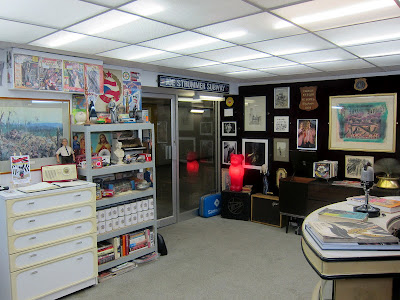 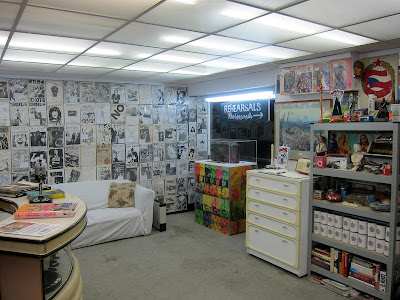 You can see some of my photos of the original, and much larger, Exhibition at Chelsea Space back in 2009 HERE.
Posted by Retro Man at 17:53