The day after the superb Retro Man/Podrophenia mash-up at The Railway in Southend, we had a little excursion to check out some of the sights related to Dr. Feelgood on Canvey Island. Before we headed off to the "Thames Delta", here's a couple of musical landmarks in Southend-on-Sea.
The imposing Cliffs Pavillion is perched high above the beach at Southend, an Art deco concert venue dating back to the 1930's it has been host to many bands and Musicians from The Damned and Blur to Paul McCartney. Oasis recorded their live video "Live By The Sea" here. 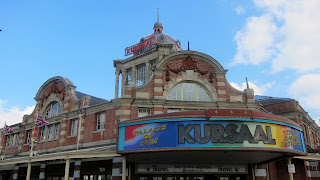 The Kursaal, was originally the entrance to what was the world's first custom built amusement park and marine gardens and it was completed in 1901. The name is German and means a "Spa" or "Cure Hall". This is the venue where the Feelgood's live show was recorded for their Number One album "Stupidity". The venue also gave the name to another local legendary Pub Rock outfit, The Kursaal Flyers, who featured Will Birch, later to become a respected Music Journalist, Historian and Biographer. Birch has written the definitive guide to pre-Punk and Pub Rock, wonderfully titled, No Sleep Till Canvey Island. 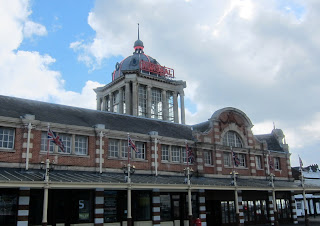 Onto Canvey Island and to the Lobster Smack for the must see "Jetty" which is best viewed from the sea wall above the pub. From here you get an excellent view of the oil refineries and really notice how true it was when Wilko Johnson says in the "Oil City Confidential" movie that he was born below sea level. This is the location of the famous cover shot on the band's debut album, "Down By The Jetty", that tied the band with their Canvey Island roots for the rest of their career. Have fun here trying to recreate the band photo, I won't put up our attempts as, due to the alcohol intake at the previous night's Len Price 3 gig, the pics don't make for very pleasant viewing! 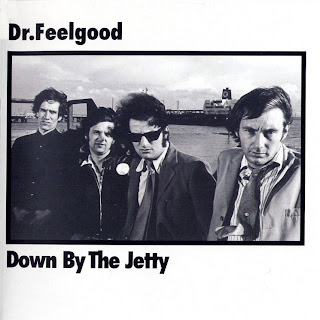 The Monico, is another of Canvey Island's 1930's Art Deco buildings and was a favourite hang out of local musicians. Lee Brilleaux's wife apparently, worked here too.


The Admiral Jellicoe Pub was a favourite haunt of the band and indeed they feature, enjoying a tipple, on the cover of the album "Be Seeing You". 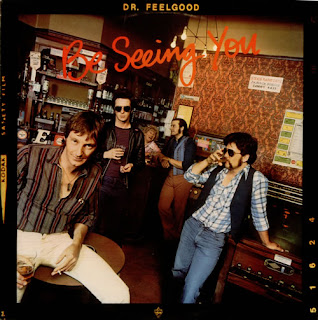 The stunning Art Deco design of the Labworth Cafe has featured in a couple of Dr. Feelgood promo photographs throughout the years and was used to great effect on the "Oil City Confidential" movie poster. Designed by the architect Ove Arup in the early 30's to represent the bridge of the ocean liner, Queen Mary, there is something really beautiful about the building, despite it's simplicity. Arup was also involved in the design of the Sydney Opera House. The Labworth is now a Cafe with a more expensive restaurant on the top floor and has great views of The Thames estuary. 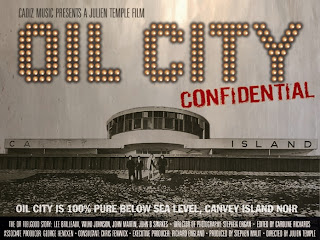 As a little bonus, here are a couple more photos of the legendary "Naughty Rhythms" Tour, kindly contributed by Paul Slattery. Any fans of Dr. Feelgood and the pre-Punk, Pub Rock scene will, I'm sure, be interested in the first part of my interview with Paul available as an "extra track" on Episode 1 of the Retrosonic Podcast. In it Paul discusses the amazing impact of seeing Dr. Feelgood live and in their prime, and the effect it had on him as a Photographer and music fan. You can listen to the interview HERE.
Many thanks to Paul Slattery for sharing the excellent Dr. Feelgood photographs.
Posted by Retro Man at 09:13