Montreal's Elephant Stone have just released their second album entitled "Elephant Stone" and it's already vying with The Fallen Leaves' excellent "If Only We'd Known" as my favourite album of the year so far. Elephant Stone were formed in 2009 by sitarist/bassist Rishi Dhir following the break-up of the highly rated High Dials. As one of the most sought out sitar players in the Psychedelic music scene, he has recorded and toured with The Black Angels, Brian Jonestown Massacre, The Horrors, The Soundtrack of Our Lives and many more. In 2009, the band released their debut album, "The Seven Seas". Brilliantly melding Rishi’s obsession with the perfect pop song and the trippiest raga, "The Seven Seas", was warmly embraced by the global Indie/Psych scene and short-listed for the 2009 Polaris Music Prize. 2010 saw the release of "The Glass Box E.P.", a 5-song suite of inspired Power-Pop and Psychedelia, a supporting slot on the Brian Jonestown Massacre’s North American tour, European/UK tours with sold-out dates in London and Berlin, and festival appearances at Iceland Airwaves, Osheaga and SXSW. 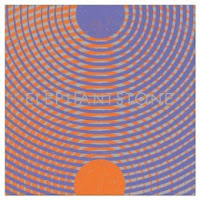 Now 2013 sees them back with a stunning multi-layered album that just grows mightier with each listen. First track "Setting Sun" is a strong opener, built around an insistent guitar riff it sets the tone perfectly for what is in store. "Heavy Moon", the new single, is underpinned by squalling backwards guitar and the main tune is carried by the bass and vocals. It has the discordant feel of "154" era Wire, where they kind of make you work a bit, forcing you dig around in the layers and red-herrings of feedback to find your reward. "Masters Of War" is an uptempo rocking number, with the guitar motif riding beautifully over swelling keyboards with shades of early R.E.M. in places. Elephant Stone, although often touted as a Psychedelic band, have far more eclectic influences than the usual Sixties sounds that may originally spring to mind. Of course, Rishi's use of the sitar and more traditional Indian music adds a thoroughly unique aspect to their sound, but they also encompass British Beat bands, The Zombies, and on occasion (as their choice of band name suggests...) Brit-pop and the so called "Shoe-gazing" scene of Ride and My Bloody Valentine. Then we have "Hold Onto Yr Soul" which shows another side, where Teenage Fanclub and Big Star spring to mind. "A Silent Moment" starts off with a Brian Jonestown Massacre style atmosphere which then melds beautifully into Indian chanting and tabla. It's a mantra, it could flow for ever but with this album, the band have decided to stick to a more concise format, and each song is cut back, nothing outstays its welcome. "Looking Thru Baby Blue" is a beautiful song, with a magical chorus and great guitar riff, it's one of the highlights of the album. If it was released as a single I think it would be regarded as an equal to Edwyn Collins' "Girl Like You" as a left-field pop gem.
﻿﻿﻿
Then the Sitar finally makes a welcome, starring appearance on the swirling "Sally Goes Round The Sun" but the great thing about Rishi is his versatility with the sitar. It's not all traditional Raga styles, as here he uses the instrument in a short 2 two minute blast of instrumental perfection. "Love The Sinner, Hate The Sin" was previously released as a single, and it quickly established itself as one of my tracks of 2012. A faultless piece of harmonic psych-pop bursting with melody and heart-tugging lead guitar. The swaggering "The Sea Of Your Mind" is more of a coming together of Elephant Stone's musical philosophy as you get it all in eight and a half minutes of blissful music. Here the guitars battle with the sitar and the traditional rhythms mesh with the rock drums to create a wonderful maelstrom of textures. The album closes with "The Sacred Sound" with it's slightly treated vocals and string arrangement calming things down to provide a warm and thoroughly satisfying end to a quite remarkable, uplifting record.

2013 will see the band tour the world, spreading their Psychedelified-Hindie-Rock mantra, spending most of April on a tour of the US and Canada with The Black Angels, check out the band's official Elephant Stone web-site for full details on venues and dates.

You can read a review of the band's last London show on the Blog here. Check out more information on the band at their management company Crash Avenue or at the band's official web-site. We also play a track from the new album on the latest Episode of Retrosonic Podcast, you can listen to or download for free direct from the Retrosonic Soundcloud site.


Thanks to Jeffrey at Crash Avenue and Rishi.