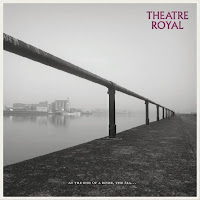 Theatre Royal, the Medway based band have just released their second album "At The End of a River, The Sea..." and there's an excellent new single to go with it called "Here It Comes". It's a really great track, an unashamedly bright feel-good number riding a superb guitar riff that conjures up Maurice Deebank's crystal clear sound with Felt. There's an uplifting chorus that Julian Cope in his old Pop pomp days would have been proud to have written. Listening to the single you can see why the respected BBC Music DJ Steve Lamacq commented that the band are "the paisley-shirted sound of the Medway Towns meets the West Coast of the States." You can purchase the album from the band's Bandcamp site. 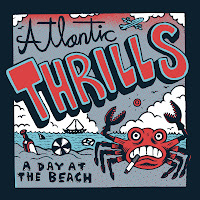 Day At The Beach by Atlantic Thrills 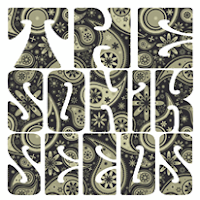 The Sonik Seeds are lead vocalist Josh Boydell, brothers Lee and Josh Wade, and Jack Wakelin. Playing together for just 12 months, The Sonik Seeds are creating quite the buzz, having just landed a TV sync with one of the world’s oldest cosmetic brands, Rimmel London, which sees Georgia May Jagger go retro to the sound of the band's "English Rose". “The advert is being played in Times Square, on New York Taxis, Spotify – you name it. The last Rimmel campaign had over two million views on YouTube so the vibes from it are massive, the track's audience could be huge!” says Josh Boydell. The band formed in Leeds, writing songs and practicing in the infamous Old Chapel Studios in Holbeck, South Leeds. A chance meeting with George Moran (Miles Kane’s rhythm guitarist) set up by Tim Hampton of the Sheffield band ‘Bromheads’ meant that an almost instant friendship was forged between George and the band. All night studio sessions, vintage equipment and a producer with their finger on pulse meant that The Sonik Seeds have been able to hone a unique sound that derives from an eclectic mix, drawing influence from Hendrix right through to Miles Kane and anywhere in-between. Since then, the band have headlined the legendary Dublin Castle in Camden Town and their demos have received early support from BBC Introducing. And what do you know, Mr. Kane is apparently a huge Sonik Seeds fan! The debut single "English Rose" is out now on iTunes and you can check out the cool Rimmel advert here...but as the band themselves don't actually appear in the video, here's the great "I Don't Mind" instead...