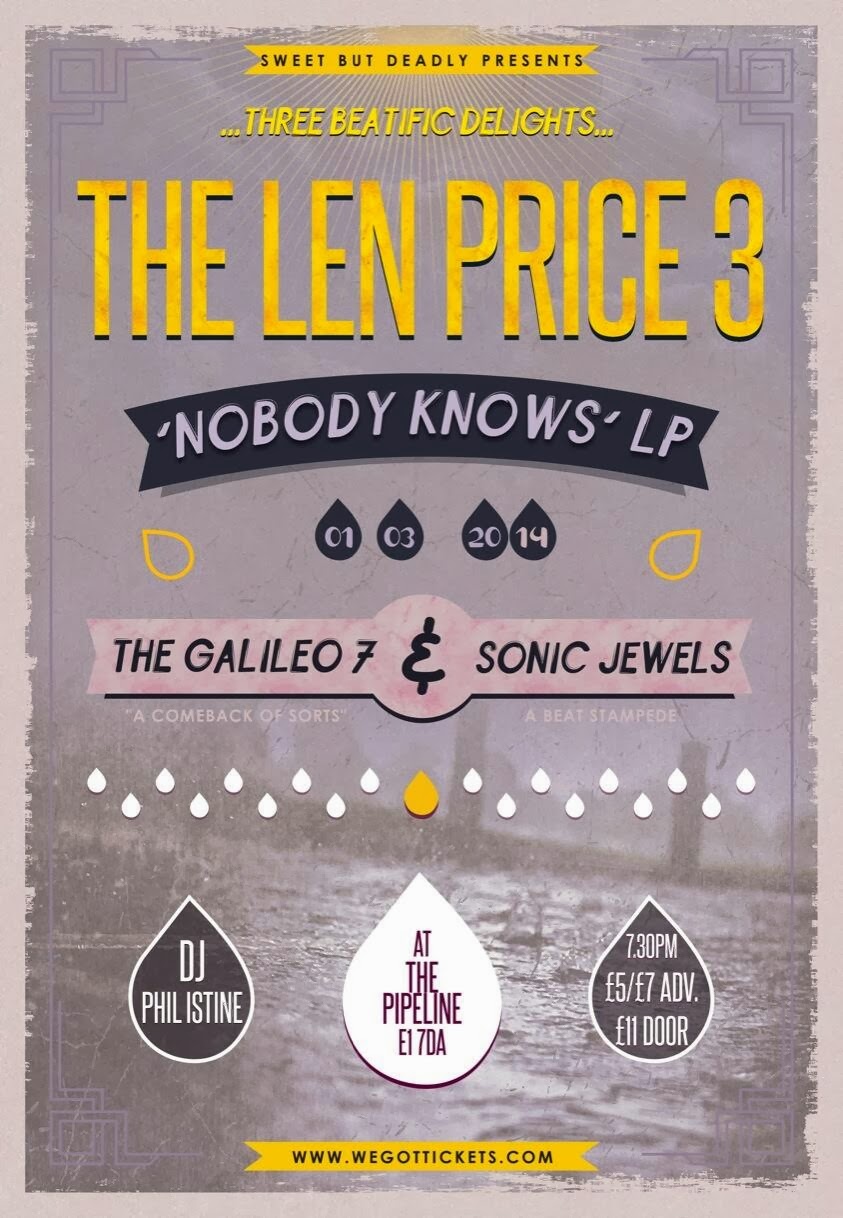 The Len Price 3 will return to London to play a show at The Pipeline (94 Middlesex Street E1 7DA, closest stations Liverpool Street/Aldgate/Aldgate East) on Saturday March 01st to contine the promotion of their forthcoming album "Nobody Knows". The gig is being presented by DJ on the night, Phil Istine and "Sweet But Deadly", who were responsible for the great show with Graham Day & The Forefathers at Bethnal Green Working Men's Club, which was awarded Retro Man Blog's "Gig of 2013". It's sure to be another excellent show as support comes from Sonic Jewels and Galileo 7, who feature Allan Crockford from Graham Day & The Forefathers, The Prisoners, Solarflares etc...
The band will head out on the road to promote "Nobody Knows" in the Spring, here are the shows confirmed so far, more dates are being added all the time so please keep an eye on the Blog or the band's official web-site for updates as and when new shows are confirmed. 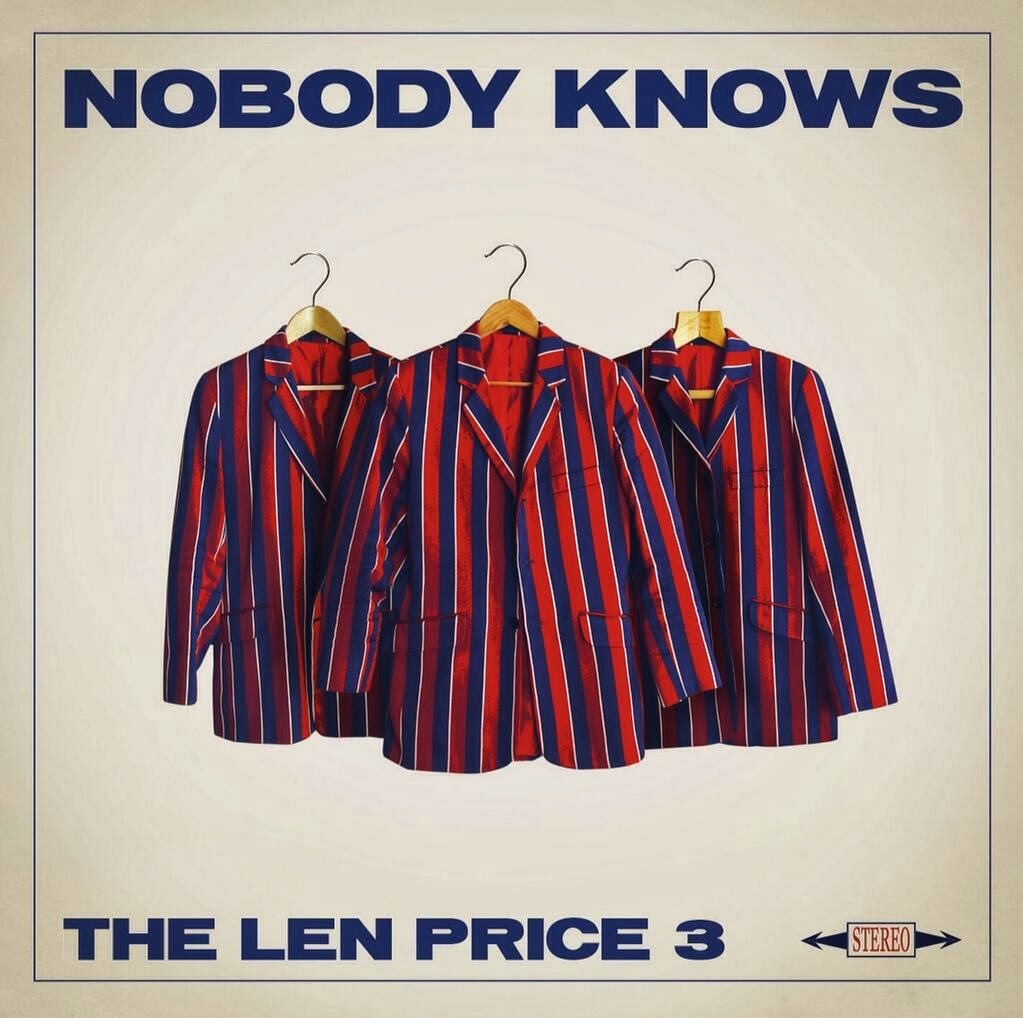 Check the band's web-site here for further details on the venues and how to book tickets. If you are a promoter or in a band and you'd like to put on a show in your town for The Len Price 3 then please contact us here at the Retro Man Blog.

Email ThisBlogThis!Share to TwitterShare to FacebookShare to Pinterest
Labels: Galileo 7, Graham Day And The Forefathers, The Len Price 3