I caught French Boutik and The Most at the Fiddlers Elbow in Camden at one of the many March of The Mods live events that were arranged by Kate Ross-Kellam and her team of like-minded volunteers and organizers all across the country. Over the month of March they put on an astounding 37 events in various cities around the U.K. featuring 171 bands and 156 DJs, and then with the additional contributions from sponsors they hope to have raised over £100,000 in total for the Teenage Cancer Trust. Today's gig was compered by DJ Graham Lentz and he introduced Paris-based French Boutik who I had also seen the night before at Albert Cummings' Putney Club. Albert kindly helped the band out after their planned show in Birmingham was cancelled at the last minute and offered them a replacement gig. It was a really nice gesture that was really appreciated by those of us lucky enough to get the chance to see the band twice over the same weekend!

French Boutik were on top form despite being without their regular organ player, so vocalist Gabriela filled in the gaps on a borrowed keyboard. However, it didn't detract from a great performance and set full of the band's soulful French-Beat nuggets. Promoting an excellent new E.P. "Mieux Comme Ca", they now have a set that is packed full of tracks that could all be singles in their own right. The new E.P.'s title track, with guitarist Serge taking on most of the lead vocals, is an absolute classic and it stretches the band's sound to another dimension. The uptempo "Facile" from the "Ici Paris" E.P. really gets the crowd moving, as does their cover of the Madness track "Tiptoes".

The band's rhythm section of Jean-Marc on bass and Zelda on drums, who also adds some excellent vocal harmonies, really allow the groove to flow, allowing Serge and Gabriela to add their magic into the mix. It was an excellent show and the band got a great reception, and if you missed out then they will be back in the UK for a gig at The Blue Beat Room in Brentwood on July 11th. Now please go out and get their new E.P. you really won't be disappointed!

I finally get to see The Most, despite liking the band for some time now, I'd never managed to catch one of their gigs. The band are from Umeå in Northern Sweden and the current line-up features Frans Perris on lead vocals and guitar, Magnus Kollberg on guitar and vocals, Mats Westin on drums and Martin Claesson on bass. They have also worked with Andy Bell from Ride and Oasis and ex-International Noise Conspiracy bassist Inge Johansson. Kicking off with the excellent "The Action" with its powerful, slashing guitar rhythm, The Most don't let up for a minute, they really are a great live band. Some of my personal highlights included "She's Nuts", a kind of Power Pop update on Chris Montez's "Let's Dance", the chiming guitars of "Bad Girl" and the Bo Diddley styled shuffle of "Sometime". But my favourite of the night was "Really Good" with it's strong Who influence as heard in Retrosonic Podcast Episode 17. The Most have the catchy punch of Power Pop and the raw R'n'B of Hamburg-era Beatles and their songs are stuffed full of harmonies and melodic guitar riffing. In fact they are just a great Rock 'n' Roll band, full stop. They end a storming and well received show with "I Don't Want It" and "I'm Not Your Man, two raucous slices of good time R'n'B. 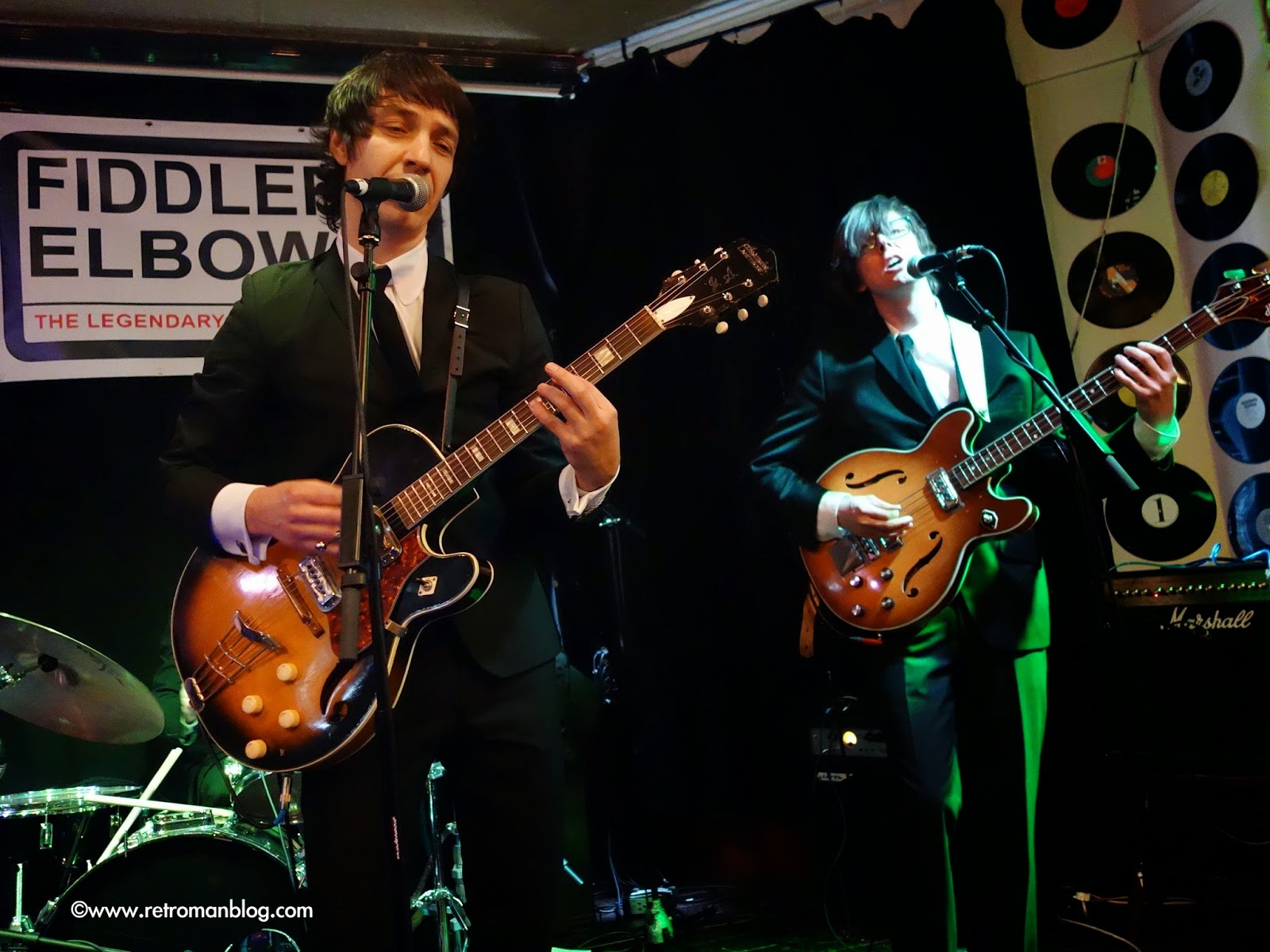 March of The Mods have also released "Causing A Scene" an excellent 2 CD compilation that includes a great cross section of contemporary Mod related bands, many of which appeared at one of the MOTM gigs. Some of the bands that have appeared on Retro Man Blog and at our gigs and Retrosonic Podcast also feature - so we have The Len Price 3 and "Girl Who Became a Machine", The Past Tense with a raw version of their Ska'd up "Nervous" with the added bonus of a horn section, there's the terrace chorus stomp of The SuperMinx '70 and the Psych of The Mynd Set and The Kite Collectors. The compilation highlights the diversity in the scene from the straight ahead Mod revival, Jam influenced sounds of The Riot which are as much 70's New Wave, to the Soul of Button Up. 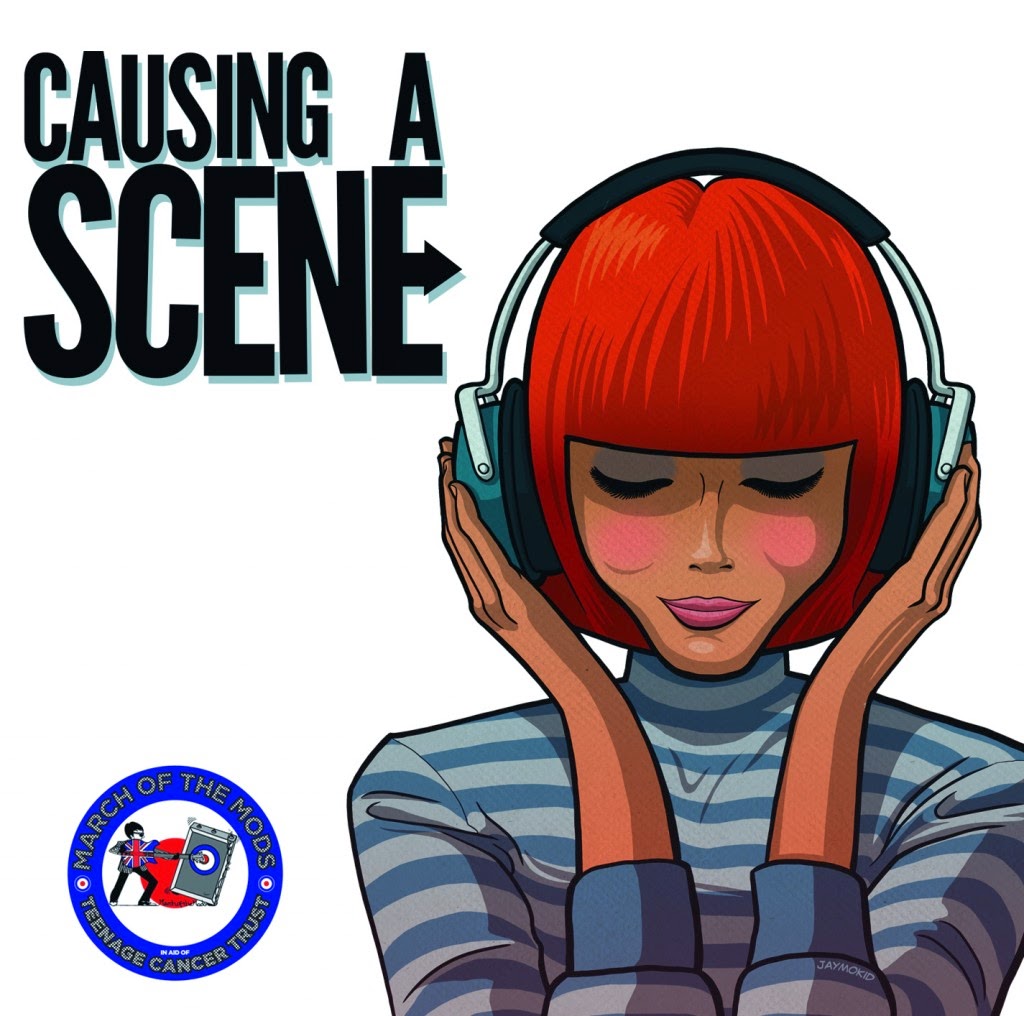 Then there's the Elvis Costello styled vocals and Dexy's horns of the Stone Foundation, which is one of my favourite tracks and the cool Jazzy instrumental swing of Berry Tweed & The Chasers. There are a few more established names - a Steve Marriott track, one from The Eyes and the legendary master of good time R'n'B, Geno Washington & The Ram Jam Band. Some more tracks that caught my ear included the Beatles harmonies of The Anydays "Tambourine" and then The Pepper Pots come in on a Shaft guitar riff and offer up a bit of classic thumping Motown style Soul. Mr Bridger smash in on a bass riff and show that the original Mod scene also incorporated the raw garage rock of early Kinks and The Who. Paradise's "Humans and Stars" features a nice vintage organ and fuzzed up Nuggets sound that really hits the spot and is a definite highlight. Heavyball bring a bit of Ska to the party with a vocalist that sounds a bit similar to Georgie Fame. You can order the download of "Causing A Scene" from the MOTM store here. For more information on next year's March of The Mods and their admirable work for Teenage Cancer Trust and how to get involved please check out the official web-site here.

For more photos of the gig please head on over to the Retro Man Blog Facebook page and hit "Like" if you are not already following, for access to the exclusive photo album. You can also see videos of each band from the gig at the Retro Man Blog YouTube Channel here.