Ian Person: The ex-Soundtrack of Our Lives and Union Carbide Productions Guitarist Returns... 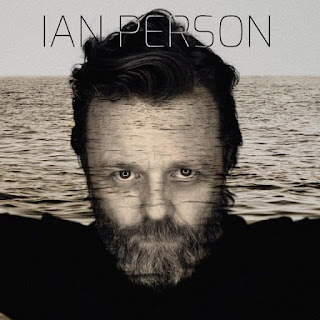 Following the split of The Soundtrack of Our Lives in 2012, things went a bit quiet for guitarist Ian Person for a while. However, the quiet is about to be shattered as Ian is back with a bang in the shape of two new major projects. Firstly, he has started up a Pledge Music campaign to help fund his debut solo album, if you sign up to add your support there will be various packages all at different prices available. From signed advance copies of the finished album on CD or vinyl to the chance to spend a day in the studio with Ian or indeed have him perform an exclusive set in your own front room...there's something on offer for everyone. There are also opportunities to bid on rare memorabilia too including TSOOL tour jackets and Ian's own Yamaha acoustic guitar. Along the way Ian will also be posting clips from the recording sessions, sharing rough mixes, artwork for the album, videos from rehearsals before the tour and all sorts of other goodies. As a taster here's a brand new song entitled "The Infinite Sea". Sign up for the Pledge Music Campaign here.


The second project sees Ian Person take on the role of producer and arranger for the forthcoming album by Swedish Rock & Roll legend Jerry Williams. The album is called "Ghost Rider" and is a kind of Johnny Cash style re-invention, giving the 73 year old singer some unlikely and challenging covers to tackle. A pulsing version of Suicide's electro-drone classic "Ghost Rider" has been released as a single with the album of the same name to follow in September. The record features Ian's ex-Soundtrack of Our Lives colleagues Fredrik Sandsten on drums and Kalle Gustafsson Jerneholm on bass and was recorded at Kalle's Gothenburg based Svenska Grammofon Studion. The album also includes a wonderful duet with Anna Ternheim on "Far From Any Road", the theme tune to "True Detective", which oozes a dark cinematic and claustrophobic atmosphere.


There are certainly some unexpected choices picked from acts such as Danzig and there is a pretty faithful and powerful version of The Stooges "Gimme Danger" that picks up on Iggy's talent for crooning. Elsewhere Creedence Clearwater Revival's "Bad Moon Rising" gets mutated into a surprisingly twisted Murder Ballad, and I have a feeling that you'll never listen to the original in the same way again...! Ian will be appearing on stage with Jerry Williams and his eight-piece band at an upcoming residency at Kajskjul 8 in Gothenburg which starts on September 18th and then on each Thursday, Friday and Saturday until December 18th. You can order tickets for the shows at the link here. The release date for the "Ghost Rider album is currently scheduled for September 11th and you can pre-order copies on CD and limited edition vinyl at the Jerry Williams site here. 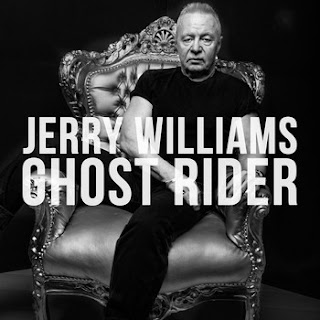 Additionally, Ian also wrote the soundtrack to a major Swedish TV series called "Viva Hate" by the "Upp Till Kamp" writer Peter Birro. This was a three part mini-series based around a young band starting out in the underground Indie Rock scene of early 90's Gothenburg. Ian not only wrote the original score and songs for the fictional band, but using his own experiences he was perfectly placed to advise the actors on the finer points of life as an aspiring musician. The Soundtrack of Our Lives' ex-vocalist Ebbot Lundberg makes an amusing cameo appearance in the series playing the role of a music journalist. There is talk going on about releasing an edited version of "Viva Hate" on DVD with English subtitles so we will keep an eye out for news on that. Unfortunately, there are no plans to release the soundtrack as a separate album as yet, but it is available to stream on Spotify. 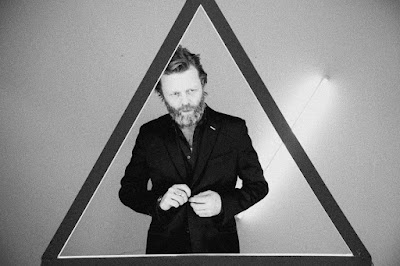 We interviewed Ian and Fredrik Sandsten for a very special episode of Retrosonic Podcast where they both talk candidly about working with Jerry Williams and of course their experiences with The Soundtrack of Our Lives. Ian also explains in more detail about the Pledge Music campaign for his solo album. You can listen/download for free below or subscribe for free at the iTunes store too.

With many thanks to Ian Person and Fredrik Sandsten. The Retro Man Blog archive is packed full of exclusive Soundtrack of Our Lives features, photographs and videos along with information on what each band member has been up to since the split. All have been involved in various solo projects, new bands, movie soundtracks and much more, so if you’ve been missing The Soundtrack of Our Lives then please feel free to check out the relevant labels in the archive list. We also do the TSOOL fans group on Facebook so please check it out and join in here to share your memories.