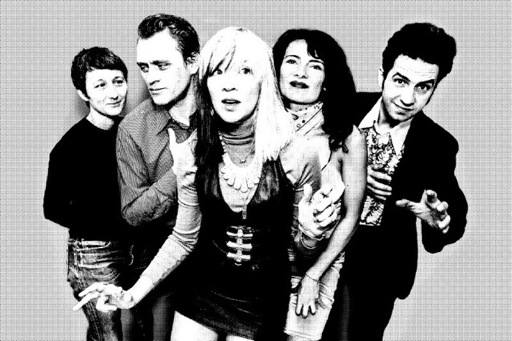 Oh! Gunquit have released a new album "Lightning Likes Me" on Decapitator Records, it features four tracks originally released last year on their "Hot Cross Fun" limited edition cassette only E.P. recorded with Jim Diamond and six superb brand new songs. The album also introduces new saxophonist Chuchi who has previously played with King Salami & The Cumberland 3 and I'm sure he's going to add another dimension to the band's already exceptional live shows. The album is packed full of Oh! Gunquit's strongest material to date, so if you are already aware of the band's previous releases then you'll get some idea of just how good this record is. Oh! Gunquit don't just straddle various genres but gleefully kick them to pieces as you might gather by this description from Dirty Water Records, who released the band's debut album: "Oh! Gunquit are a Rumble-Bop, Surf-Punk Band who concoct a brew of Raw R&R, Wild Garage Rock and Twisted Freak-a-Billy" - try finding that in the record store racks! Their blend of eminently danceable swampy, voodoo-touched Exotica will get even us old-timers bouncing around the room. The album is packed full of clever riffs and twists and turns that defy any categorization and the abundant melodies are nicely underpinned by some welcome off-kilter touches that on occasion remind me of Gallon Drunk meeting the B-52's. My personal highlight off the album has to be "Greasy Moves" which distills the essence of Oh! Gunquit into four lip-smackingly lascivious minutes. You can hear another highlight from the album, the stunning "Fireballs" in our Retrosonic Podcast Episode 25 here. 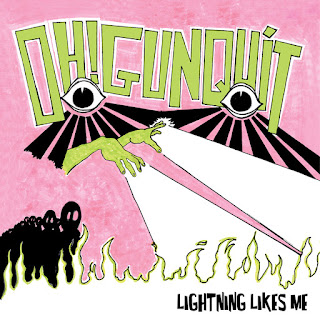 You can order the "Lightning Likes Me" album direct from the Oh! Gunquit Bandcamp site here. One track from the album "Nomads of The Lost" was released as a limited edition green vinyl single on  Trash Wax Records and it's well worth getting from the label here, now enjoy the video!


Oh! Gunquit will headline the always excellent Weirdsville club night at the Fiddler's Elbow in Camden on Saturday June 24th with support from Emptifish and DJ's until 3am. It's sure to be a busy night so better make sure you book your tickets in advance from Weirdsville at the link here.