Here's a quiz for you: What do all British indie bands – ancient (The Smiths) and modern (Arctic Monkeys) - have in common?

If 3 is your answer you win today's STAR PRIZE – a copy of 'Super Plastic City', The Monochrome Set's eleventh, and latest, long-playing record. Well you don't really, but you can buy it!

They say that history is written by the victors, in which case The Monochrome's thrilling and vertiginous past should add up to an open top ticker-tape parade through the boulevards of rock 'n roll, because they've just produced their finest album, and you, dear listener are going to enjoy an ear-expanding tour of "How It Should Be". Written on the back of party leader Bid's recovery from a life-threatening brain aneurysm ('What's this/Is it a bird or a plane/What's this/No, it's a rewiring brain',) "Super Plastic City" mines a deep vein of influences to produce a unique ore in which melancholy, wit and wordplay dance together on a floor made of solid tongue and groove – and there are more hooks here than in a bait and tackle shop.

It was The Kinks who first took that unique quality of Englishness – a mixture of the miserable and the optimistic - and gave it a voice, and there are echoes of those pioneers in some of these songs ("The Time I've Spent Doing Nothing"), just as the ghost of The Lords of Lounge - Bacharach and David - haunts the sinuous grooves of "If I Could be Woebegone". But references to the past give only a few clues to the treasure hunt that is "Super Plastic City". "I Dream of Spring", an account of awakening from – perhaps – a near-death experience, set to a waltz-like cadence and dressed in shimmering West Coast style guitar glissandos, is one of the most moving songs you'll ever hear, whilst the stomping "Handed-Down Memory" wistfully examines the sum of all our pasts and parts and what they sometimes reduce to. These are just a few of the iced gems to be found here – there are 11 in all, each one attesting to The Monochrome Set's shrugged individuality and dedication to eclecticism. If "Super Plastic City" were the product of a bunch of twenty-somethings it would be hailed as The Second Coming, nominated for prizes galore and be heard pumping out of radios and ear goggles, and rightly so. For the record, then, the band's ages vary from 18 to 23, they come from Venus, this is really their debut album, and you'll know it to be the best album of 2013 once you've heard it. Now that IS the truth. - Hab Hankin 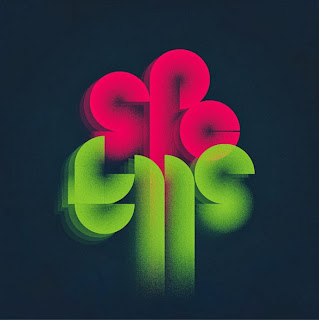 You can buy the album from The Monochrome Set & Scarlett's Well official store here. The band will head out on a nationwide tour, starting off in Edinburgh tomorrow October 19th, taking in Stockton 20th, Glasgow 21st, Preston 22nd, Liverpool 23rd, Birmingham 24th, Oxford 25th and Bristol on the 26th - please check out the Tour Dates section for for details on tickets and venues. The band will then play at 229 The Venue in London on November 23rd. Please check out our review and photos of The Monochrome Set gig back in April at London's Bush Hall on the Blog here. For a full set of photos of the gig head on over to the Retro Man Blog Facebook page and hit "Like".  With thanks to Bid. Photos courtesy of The Monochrome Set.

Email ThisBlogThis!Share to TwitterShare to FacebookShare to Pinterest
Labels: The Monochrome Set