Introducing: The Mobbs "Stiff Upper Lip And Trousers To Match" 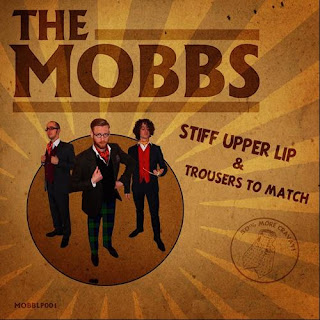 I got sent this great new album from Northampton's The Mobbs, entitled "Stiff Upper Lip and Trousers To Match" and it's a real cracker. You can probably guess from the album title that the band have a rather splendid Britishness about them, not only in their lyrical content but with an image to match, with their proud, but slightly dubious, boast that they have been responsible for a "250% increase in sales of cravats and moustache combs". When the opening track "Blast Off" screams out "Put the kettle on, have a cup of tea, put your feet up" you are reminded of the Tweed and crushed velvet smoking jacket clad Fallen Leaves and their on-stage PG Tips tea ceremony. But the album is not quite the genteel leather-on-willow thwack of The Duckworth Lewis Method and their cricket obsessed songs though, more like echoes of The Len Price 3 and their tales of the slightly seedy underbelly of the British way of life. The album positively bursts out of the speakers, crackling with a manic energy that sometimes threatens to spill out of control. Occasionally, it's not exactly easy listening as certain songs veer into slightly off-kilter melodies almost like The Membranes, and lead singer Joe B. Humbled's vocals can get a bit theatrical at times, taking on some of the characters as they appear in the lyrics. In fact he occasionally reminds me of Jello Biafra, errr...if he were played by Terry Thomas in an Ealing Comedy that is... 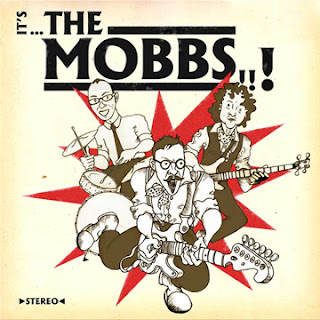 However, it's probably this slightly out-there approach that differentiates The Mobbs from a lot of the more formulaic 60's influenced bands around at the moment, and this can only be a good thing, for example there are certain numbers that to me, again conjure up the Dead Kennedys manic Punk Rock. "White Collar Worker" is one of my favourites, it's a great track that starts off by lifting the riff to King Salami & The Cumberland 3's "Do The Wurst" and then bursts into a Wilko Johnson style stuttering and spitting guitar frenzy powered along by some great drumming from Cheadle behind the kit. Single "Ruby Sol" is for me the stand out song on the album as it has a memorable riff and chorus and some bubbling bass work from The Bishop. "A Damn Good Thrashing" is a swaggering two minutes of prime Garage Rock and "You Disapprove" highlights Joe's impressive fret-work in another short sharp song. So overall, it's a thoroughly spiffing long playing record in fact it's rather Jolly Good...as this track from their previous album says...

The Mobbs will play Billing Aquadrome Northampton on August 26th, then they will be in Montpelier, France on September 07th and The Vic Northampton on September 28th. Check out their official web-site for more details on gigs and how to order their albums and merchandise.