I'm very pleased to welcome Steve Cotton, from one of my favourite web-sites Art Of The State, who has kindly contributed a few words and some excellent photos from the Ruts DC gig at Reading's SUB89 club last Friday. From what I heard and judging by Steve's report, it seemed to be a really great show, and we will be keeping a closer eye on Ruts DC in the future... 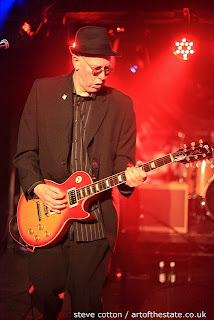 "It's a bit of a confession but I'd never seen the Ruts or Ruts DC until last Friday. There, I needed to get that out of the way right at the start. Despite being one of my all time favourite bands I was too young to have seen them before the death of Malcolm Owen and by the early eighties was too into straight down the line UK82 punk to take a chance on Ruts DC. I attempted to rectify this situation in 2007 but failed miserably to get a ticket to the Paul Fox benefit gig. The closest I was getting to the Ruts by this time was listening to DagNasty and Gallows cover versions. Gradually though, I started hearing really good reports about Ruts DC gigs and when an opportunity came up last week to see them at Reading's SUB89 venue I ventured out. Would they live up to my admittedly high expectations?

The band took to the stage with little fanfare and it was immediately apparent that there's now five of them. Drummer Dave Ruffy and John 'Segs' Jennings are joined onstage not only by guitarist Leigh Hegarty, but a female singer and a keyboard player. Kicking off with three decent but mainly reggae numbers had me peering over the monitors to see the rest of the set list. Personal favourite "Backbiter" was up next and didn't disappoint, crunching guitar, thundering bass and rock solid drums. The best known songs of the Ruts then started flowing interspersed with output from the Ruts DC both old and new. 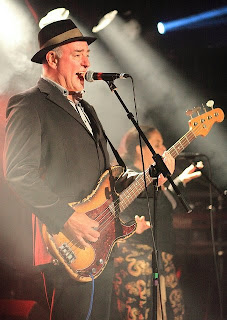 "Mighty Soldier", the opening track of Ruts DC's recently released "Rhythm Collision Volume 2" album sounds particularly fine with it's call for peace as does "Smiling Culture", whose lyrics show nothing much has changed in 30 year in the way we're dealt with by the Police. This is a band that need not rely solely on output from their early years but there's plenty of that too. A mellower version of "Sus", an atmospheric "It Was Cold", "Jah War" and "Love In Vein" are all delivered in style, often with accompanying spoken intros. The Ruts singles are played with passion and the crowd react accordingly. There's plenty of jostling during "Staring At The Rude Boys" and "Babylon's Burning" but the truly standout song was the set closer "In a Rut", which meshes both punk and reggae together. It provides the perfect opportunity for the band, and in particular guitarist Lee, to up the ante and the group leave the stage at the perfect point. We're all very satisfied but we still want more. That'll just have to wait until next time...

To keep up to date with Ruts DC news, info and tour dates please visit their official web-site. Guitarist Leigh Hegarty also does a thoroughly entertaining Blog/Tour Diary entitled "Leigh's Mad World of Guitars", which is well worth checking out. 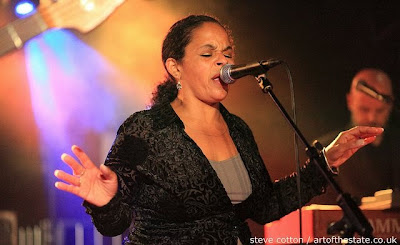 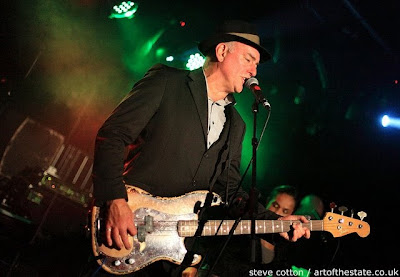 Please do take a look at Steve's excellent Art Of The State web-site, as he photographs, not only the underground Punk scene, but also specializes in some excellent pictures of London. From the familiar tourist sights to Art Deco architecture, from churches and monuments to football stadiums and art galleries, he covers everything with a truly artistic eye. Steve also gets into the hidden corners of the East End and the street art and graffiti scenes, and these pictures are particularly interesting and in complete contrast to the more familiar sights of the Capital.

You can read a report on the legendary 2007 Paul Fox benefit concert on the Blog here.

With many thanks to Steve. All photos copyright Steve Cotton Artofthestate 2013.