The Soundtrack of Our Lives at Slussens Pensionat Part 2: Exclusive Paul Slattery Photos of the Final Shows 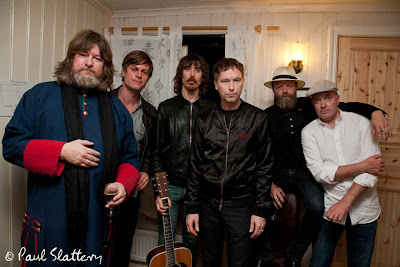 As the saying goes...all good things must come to an end. And so it is that fans of one the greatest Rock 'n' Roll groups of recent years, The Soundtrack of Our Lives, are still coming to terms with the news that the band have decided to split up after their final shows at Stockholm's beautiful Södra Teatern at the end of the year. Starting off on December 17th with their debut "Welcome To The Infant Freebase", The Soundtrack of Our Lives will then run through all six of their albums on consecutive nights, up to the last stand on December 22nd, where there will be, no doubt an emotional, run through of the latest, and the last, album "Throw It To The Universe", and then that will be it...! The band will then fragment into their various side projects, studio production work, solo albums and movie soundtracks...so there will still be plenty for fans to look forward to. 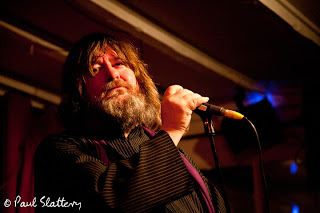 However, one of the saddest things to come to terms with the band splitting up, is the realisation that there will be no more of their now customary gigs at the stunningly beautiful Slussens Pensionat. The Soundtrack of Our Lives have turned these shows into a regular annual tradition ever since they first played at The Pensionat over ten years ago. And so it was that September 14th and 15th 2012 were fixed as the last ever dates the band would play here. I must admit to feeling quite sad about it, Slussens had become somewhere very special, so many great experiences and friendships, and of course so much great music. The band have always utilised the relaxed atmosphere to the maximum, and it was often the chance to do something completely different from their usual full-on tour dates. 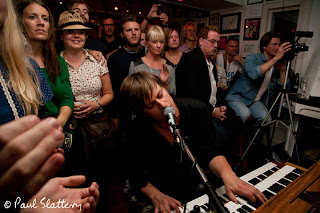 Whether it was a run through of an album in it's entirety, the chance to try out brand new songs or an opportunity to plunder their immense back catalogue to play B-sides, album tracks and rarities, the Slussens shows were always a Fan's dream. Often playing three hour sets right on into the small hours of the morning, the shows usually ended up with the audience engulfing the band, joining in on tambourines and backing vocals. Ebbot would, by that time have dispensed with the semi-acoustic niceties, and be leaping across the tables, scattering beer bottles and wine glasses in his wake. At the thrilling climax of a Slussens show, it was often hard to imagine that a few hours earlier diners were sitting peacefully, enjoying the wonderful food in the relaxed and friendly restaurant. 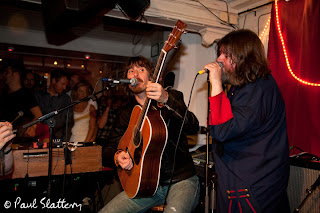 The band would appear through those famous red drapes, usually while food was still being served, and take their places, Martin far left and the others seated on bar stools crammed around Fredrik's drums. They would start off with some laid back semi-acoustic run throughs of their more quieter numbers. "Not Kinda Worried", "All For Sale", "Reality Show" maybe, certainly songs that suited the mood. However, as the final plates were being cleared and more (and more...) pints of Ebbot Ale were consumed, tables were pushed back and the band and audience let loose. Occasionally, over the years, I witnessed other unsuspecting Hotel guests look on in consternation as this "Slussens fever" took hold and they realised their quiet romantic dinner for two was quickly coming to an end. Such was the growing reputation of these live extravaganzas that Fans from many countries, including Norway, England, Scotland, America and even as far afield as Chile, have made the pilgrimage to Slussens. 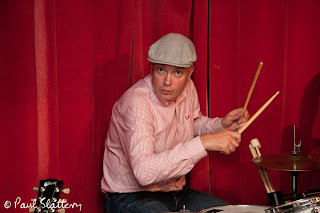 It was great chance to hear those rarely played old favourites and obscurities, to chat to the band, stock up on merchandise and meet other like-minded music fans too. Back in 2004, the band even chose Slussens Pensionat, and the beautiful surrounding countryside on Orust, as the location for the filming of the superb mock documentary fantasy film, "Ebbot The Movie" that was broadcast on Swedish TV. The film includes lots of footage from those shows, and the Director did a great job in perfectly captured the whole experience. So, we can live in hope that The Soundtrack of Our Lives may just feel that emotional pull and one day decide to reconvene at Slussens Pensionat once more... Photographer Paul Slattery was invited by the band to document the last ever Slussens shows, and we are delighted to be able to share some of his excellent and exclusive photos on the Retro Man Blog. You can also see Paul's photos from the last ever London show HERE. 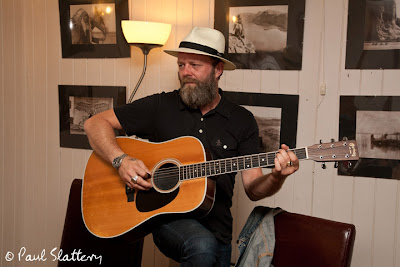 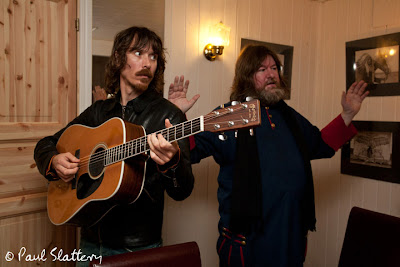 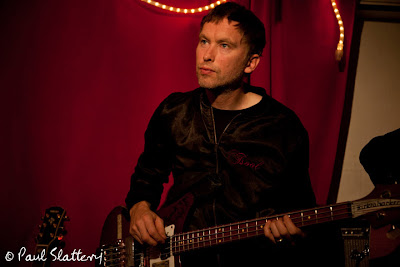 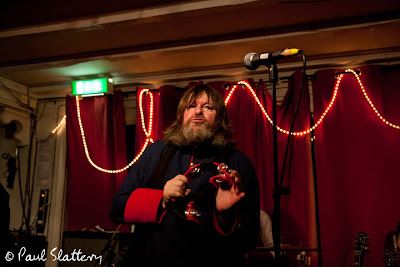 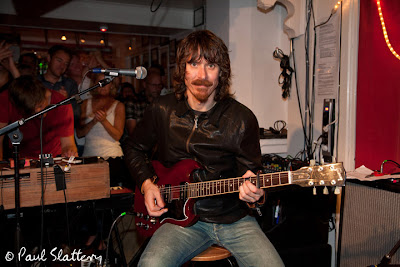 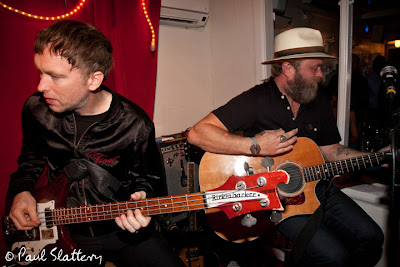 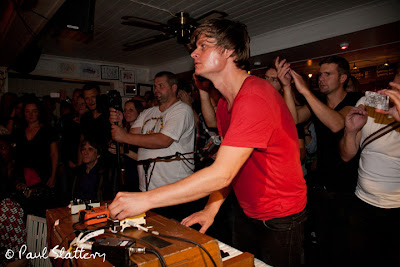 All photos above copyright Paul Slattery 2012.

Both myself and Paul would like to sincerely thank Ebbot, Martin, Ian, Fredrik, Kalle and Mattias from The Soundtrack of Our Lives, Vibs and Robert Sohlberg from Slussens Pensionat, Hans Selander, Wayne Lundqvist-Ford, Anders Magnusson and Daniel Eriksson.


Thanks to Hans and Nellie Selander for contributing the great Photos.