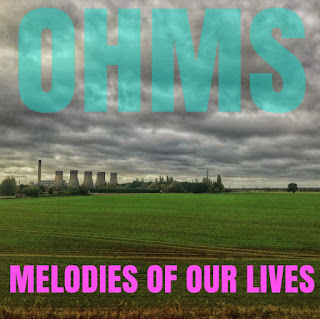 Well, I didn’t see this one coming. Considering our favourite Garage-Psych-Soul outfit The Past Tense have just released an excellent new LP "7A" and their terrace stomping pals SuperMinx’70 have recently announced their return with a new line-up, I wasn't expecting to receive an album by a side-project featuring members of each band. I thought they would be far too busy. I certainly wasn't expecting what lies within "Melodies of Our Lives" the debut release by OHMS, a new duo featuring Past Tense bassist Ken Halsey and SM’70 frontman Paul R Osborn. Yes, it’s Ken and Paul but not as we know them! The opening track "6-8-1-6-79 (For a City Boy)" immediately conjures up early Tubeway Army around the time that Gary Numan started adding early analogue synths over buzzing Punk Rock guitars. It’s a great song and as we swoop into the next number "Sky Falling Now", an unashamedly catchy Electro-Pop song, I notice a theme developing. Suddenly I’m transported back to the early 80's like the time-travelling cop Sam Tyler in TV’s "Ashes To Ashes". 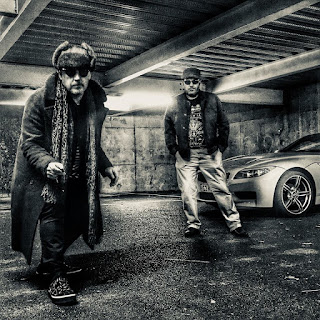 You see, OHMS wouldn’t be out of place appearing alongside Heaven 17 or OMD on any episode of Top of The Pops from around that era. Blimey, "Our Time Will Come" even has a subtle undercurrent of that 80’s museum-piece, the fretless bass. Talking of bass, "Never Let Them Tell You" is another highlight with its New Order bass line and synths that swell into a great chorus. Indeed, what we have with "Melodies of Our Lives" is an affectionate and superbly executed look back at the birth of Electronica in the late 70’s and early 80’s. The duo’s tag-line, 'Music From The Future When We Were Young', pretty much sums it up as they have captured that period where people were taking the Punk DIY philosophy and applying it to synths, drum machines and sampling instead of guitars. You get the feeling that you’ve just tracked down a rare album from an unknown early 80’s band who were discovering this technology and experimenting with it for the first time. There are throbbing sequencers and bubbling analogue synths, sampled brass, Sci-Fi sound effects, toy-town drum machines and rhythm boxes and even the good old classic cascading chimes effect. It's kind of "Vintage Futuristic". Now there’s a good title for the follow up LP guys! 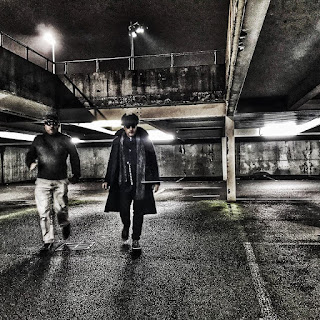 I'm also taken by "Theme For A Swimmer" which is an Erik Satie style minimalist instrumental with hints of Japan’s "Canton" that would be perfect playing over the opening credits of a Cold War Spy movie or part of a Philip K. Dick film score. However, what saves the album from being a gimmick (albeit an extremely well-conceived one) or merely an 80's concept album – is the quality of the songwriting, in particular three tracks bang in the middle of the record. The album gathers momentum and really hits it's stride with the excellent Bowie influenced "Together Forever". Then comes my favourite track "We Were Young" in which Paul reverts to his more familiar South London tinged SuperMinx '70 vocals and they seem to have hit on a style that could lead to OHMS being more than just a nostalgic trip down memory lane. But I think the album’s centrepiece is the stunning "So Alone" which features the best vocal performance I have heard so far from Paul. It starts with a spoken-word verse strangely reminiscent of a darker Pet Shop Boys, before building to an almighty chorus shot through with raw emotion. The lyrics sting with their honesty. There is certainly enough in these three songs alone to hope that OHMS won’t just be a one-off project. 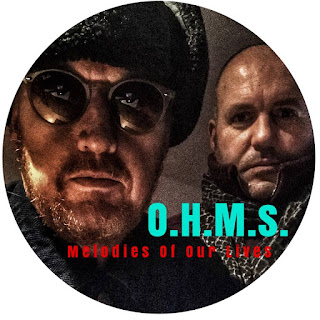 To order the album and find out more information on OHMS check out their official web-site here.

Email ThisBlogThis!Share to TwitterShare to FacebookShare to Pinterest
Labels: OHMS, The Past Tense, The SuperMinx'70