This year marks the 50th anniversary of The Flamin' Groovies and 38 years since I first met them at Rockfield Studios in Wales on January 1st 1978 the night after the legendary Ramones gig at The Rainbow. Having accompanied them on their Spring tour of 1978 I was all ready to see this band conquer the world but I had to wait 35 years to see them play again when Cyril Jordan, Chris Wilson and George Alexander got together with new drummer Victor Penalosa to reform the band.

Since then The Flamin' Groovies have gone from strength to strength and their gig at London’s Scala in Kings Cross last month was part of their second European tour in as many years. After living in London for quite some time Chris moved back to the US last year and life seems to be suiting him out there on the West Coast, within reasonable distance of San Francisco where the band have been in the studio in recent months. Recently the ‘Groovies released their first new single in almost 25 years to celebrate their 50th anniversary, it's called "Crazy Macy" and is out on 7" vinyl from Burger Records, with "Let Me Rock" – the first ever Jordan/Wilson collaboration - on the B-side.

For me the ‘Groovies have a special place in my own personal Rock and Roll hall of fame – like the 'Feelgoods here in the UK they kept the Rock and Roll flag flying during the Seventies and were a major influence on Punk and the music that followed it. Now this re-energised band is ploughing the same furrow gaining new fans with their no-compromise approach to Rock and Roll. With a catalogue of  great songs, and superb guitars, they really can do no wrong. And as they crack into The Byrds  "Feel a Whole Lot Better",  which by now is a ‘Groovies standard, you can see that the crowd are mad for it right from the start - and go crazy they do!

With a set list that includes great songs like "Tore Me Down" , "I Can’t Hide", "Please Please Girl" and "Tallahassee Lassie" Chris belts out a mean lead vocal and does great harmonies with Cyril while the two of them do those jangly guitar duels ever so well. Cyril still favours his heavy-as-lead Dan Armstrong plexiglass guitar – the sound from that thing is amazing and of course Cyril’s been playing it for over forty years and loves it. Victor’s tireless drums and George’s rhythmic bass provide such a superb base for each song, with Chris and Cyril building both the vocal and guitar harmonies but George gets finally his chance on vocals with the excellent "Married Woman".

Then it’s "Between The Lines", "Slow Death" and "Shake Some Action" to finish. The crowd go potty and finally coax the band back to play the encores of "Teenage Head" and "Let Me Rock" and the band’s work is over. If you are a Rock and Roll fan you are going to be hard pressed to see a band this good play such a great set list and this is what makes the Groovies legends. And long may they play. I just can’t wait to see them play in San Francisco one day. - Paul Slattery June 2016

With many thanks to Paul for the excellent report and photographs. You can hear The Flamin' Groovies new single "Crazy Macy" along with Paul chatting about the band in Episode 23 of Retrosonic Podcast, which is free to listen to/download from Soundcloud.


Then don't forget our superbly entertaining Retrosonic Podcast special interview and career retrospective with Chris Wilson where he takes us on a journey from his early teens, watching and being inspired by some of the great Blues musicians in Massachusetts to LA and San Francisco where he joined up with ex-Charlatans guitarist Mike Wilhelm in Loose Gravel and later The Flamin' Groovies. Responsible for some of the most iconic rock classics ever recorded such as "Slow Death" and "Shake Some Action" The Flamin' Groovies never quite made the breakthrough to commercial success, but remain a huge influence on Power Pop and Punk bands alike. Chris also covers his time with The Barracudas, recording with Dave Edmunds, meeting Ringo Starr and not to mention seeing photographer Paul Slattery again for the first time in 35 years! In this candid and amusing story, Chris also picks out some of his influences, favourite songs and highlights from his own back catalogue including his excellent solo album "It's Flamin' Groovy!" 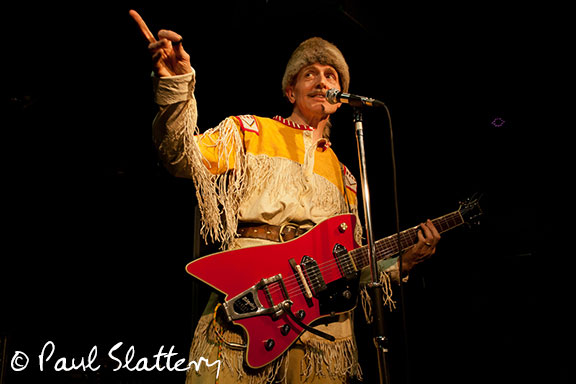 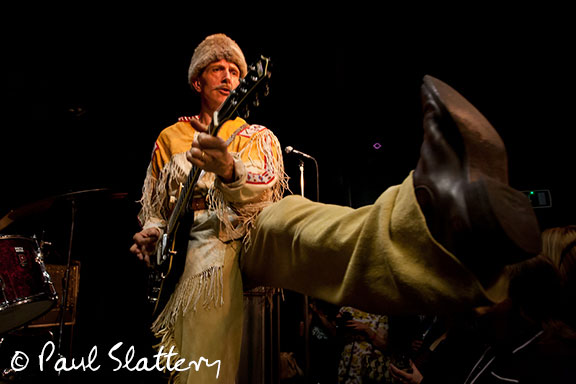 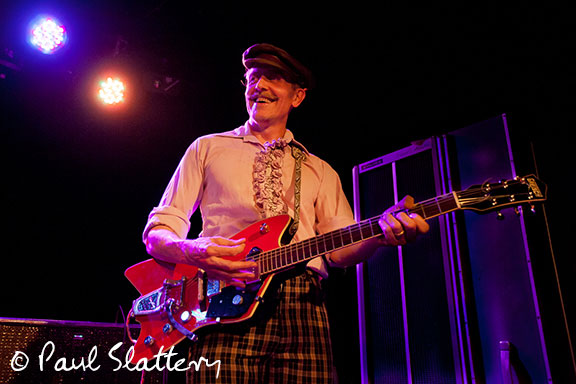 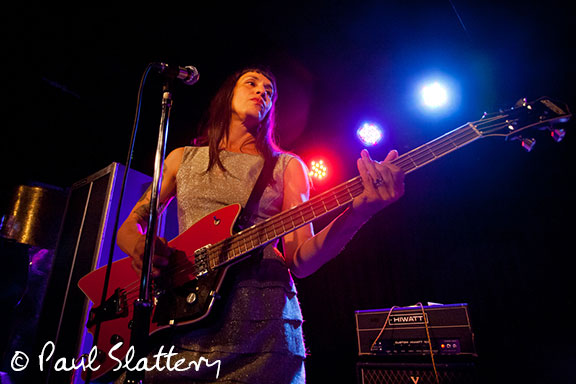 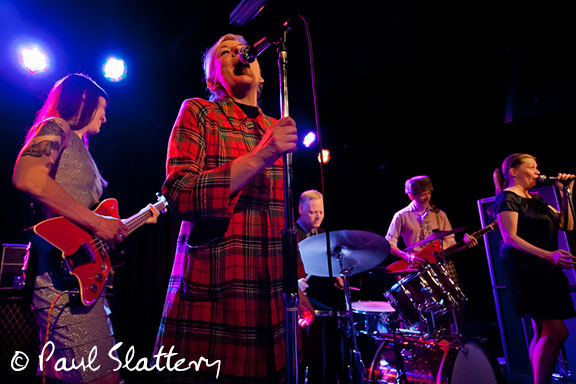 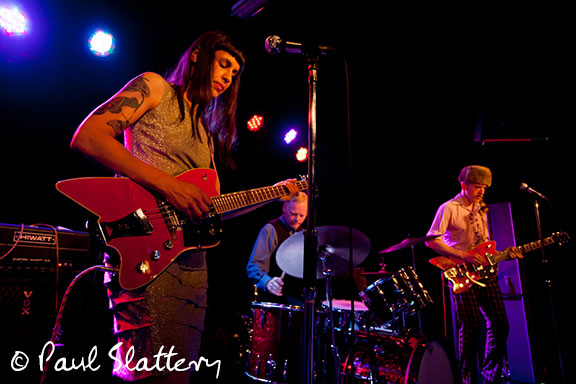 Rock Photographer Paul Slattery fell in love with The Long Ryders debut album over 30 years ago but only got round to seeing the band play live this year. Here, Paul shares some of his excellent photographs and writes about his long awaited meeting with the band in Brighton in May. "I first heard about these guys during the winter of 1984 when a friend of mine played me "Native Sons" their first album which he had picked up in New York. I loved it immediately – it was just my cup of tea – some proper Rock and Roll with a bit of alternative country thrown in. Having been a huge fan of The Byrds, The Flying Burrito Brothers, Hank Williams and Link Wray it was a real treat for me to find a band that encapsulated all these strands of US rock music. So I was determined to see them and photograph them when they came here the following year. But it just was not to be.

Whenever they were playing a gig I happened to be photographing another band and it just didn’t happen for me. In 1986 I spent a good part of the year taking photographs in China and the Far East and by the time 1987 came round the band had split up. In recent years the band had done the odd reunion, making an album of their live shows "State Of Our Reunion" in 2004, but I still never managed to see them. This year however, things were going to be different. Cherry Red released their superb box set "Final Wild Songs" and the band scheduled a short tour in May this year to promote it. So, thirty years after I had first heard "Native Sons" I finally met the band backstage at The Concorde 2 in Brighton. On a fine sunny evening I managed to cajole them all over to the beach opposite for some photographs following Billy Bragg, Fatboy Slim and Oasis who have all posed on the pebbles for me. Later that evening, in front of an excellent crowd the gig didn’t disappoint either – these guys are master musicians and you would never imagine that they don't play together all the time, they just fitted back seamlessly and poured out all their hits. Well, hits to me anyway!

The Long Ryders back catalogue is a great one. From "Run Dusty Run"  to "Mason Dixon Line", "Ivory Tower",  "I Had A Dream" and "Final Wild Sons" to name some of my favourites, to their encore of "Still Get By" and "Looking For Lewis And Clarke" where Sid gets the crowd enthusiastically involved in the vocals. So, my thirty year wait was rewarded in real style with a masterclass in Rock and Roll from a truly great band. They really are too good to play so infrequently and they obviously enjoy playing together – they should treat us 'Ryders fans to at least a yearly reunion. How about it?

Here's a photo of Will Birch and Stephen McCarthy. Will produced the Long Ryders second album "State of Our Union" and has a long Rock history himself as a member of influential Pub Rock band The Kursaal Flyers and later Power Pop heroes The Records. In the 1990s he started writing many articles on the British music scene and, in 2000 he wrote an acclaimed and definitive account of the 1970s Pub Rock scene, "No Sleep Till Canvey Island". He then published a well-reviewed biography of fellow Essex musician Ian Dury "Ian Dury: The Definitive Biography" in January 2010."

The excellent Cherry Red Records have just released a superb 4 CD Box Set entitled "Final Wild Songs" which crams together the original albums alongside, demos, singles and live tracks. The track-listing has been compiled by Sid Griffin and Tom Stevens from the original tapes and the entire band has contributed a track-by-track breakdown in the accompanying booklet. This booklet also features a forward by David Fricke and lots of rare photos and memorabilia and the package is completed by a great poster. You can buy the box-set from all good record stores and on-line services or direct from the Cherry Red Records web-site on-line store here. 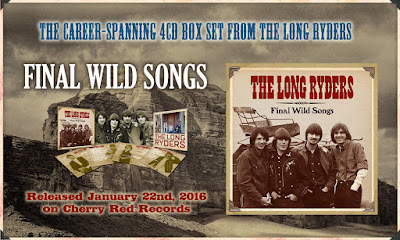 For more photos of the London show at Under The Bridge please check out the Retro Man Blog Facebook page for access to the photo album and hit "Like" for regular updates and news. Then, in our brand new Retrosonic Podcast Episode 23, you can hear Paul talking about his Long Ryders experience and we pick our favourite track from the "Final Wild Songs" box-set too. You can subscribe to Retrosonic Podcast for free at iTunes or listen/download from our Soundcloud site.

Thanks to Paul Slattery for the great photographs, all photos strictly copyright of Paul Slattery 2016. You can check out news on Sid Griffin and The Coal Porters, as well as The Long Ryders, at his wonderfully comprehensive web-site here.