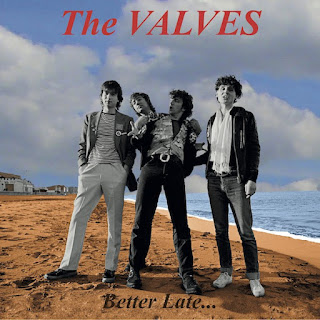 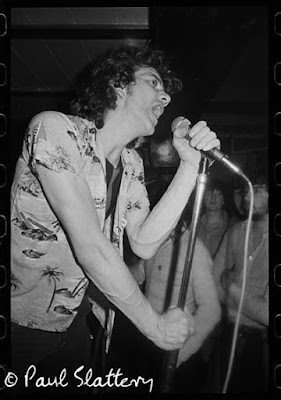 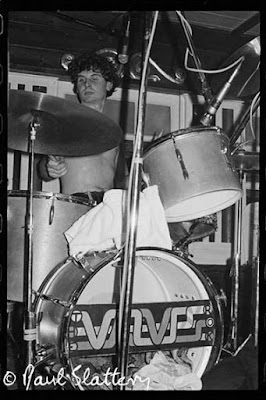 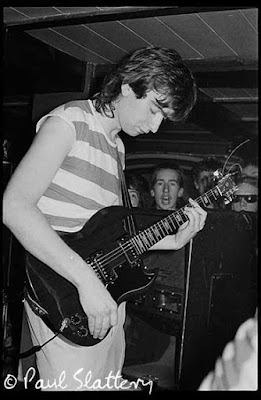 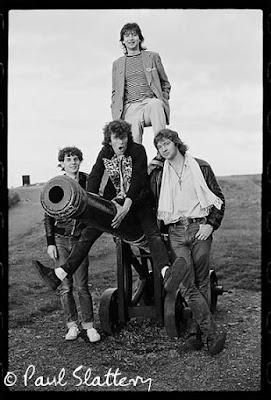 The Parkinsons treated us to a raucous set of adrenaline-fuelled Portuguese Punk Rock at an excellent Some Weird Sin Club Night at Nambucca. It was the first time I'd seen the band since their Sunday afternoon set at Hipsville back in 2018, which you can read about in the Blog archive here.
I certainly wasn't to be disappointed after such a long wait, especially as since then, I'd grown to fully appreciate just how damn great the latest album "The Shape of Nothing To Come" is. Tonight at Nambucca it's the four piece line-up, missing the keyboard/percussion player, who I thought added a nice original touch when I saw them at Hipsville, so it's as stripped back and raw as it gets. The band struggle a bit with technical problems at first before blasting through an intense set packed full of their catchy and melodic Punk. Afonso spends a lot of the show either down among the audience (I even get a go on the mic for the chorus of "New Wave"), crowd-surfing or being held aloft Iggy style before scaling the precarious speaker stack. He is one of the best frontmen I've seen - a tattooed time-bomb of unpredicability and danger which he somehow manages to balance with an easy charm and self-deprecating sense of humour. I've always thought that Victor Torpedo is one of the most underrated Guitarists around, his unique style encompasses all the best in pure Rock 'n' Roll and I'm sometimes reminded of Mick Jones of The Clash, Gang of Four's sadly missed Andy Gill, East Bay Ray of Dead Kennedys along with an angular Post-Punk spin which really elevates The Parkinsons sound. Live, he's also a great foil to Afonso, leaping around the stage, high kicking and sometimes even getting down among the crowd to play. Supercool bassist Pedro Chau and the powerful drummer Ricardo Brito are a superb rhythm section, kicking up a mighty storm particularly on a crunching verison of "Heavy Metal" and the classic "Running". Here are a few photos from the gig, hopefully they will capture the sheer joy and energy of a Parkinsons show.

For more information on The Parkinsons check out their official Facebook page here. You can order the DVD of their excellent documentary "A Long Way To Nowhere" here. News of upcoming Some Weird Sin club nights and gigs can be found at their site here. Some Weird Sin is run by Mauro from The Speedways and Simon from Desperate Journalist, who I first saw back in 2013 when they were bandmates in Jonny Cola & The A-Grades