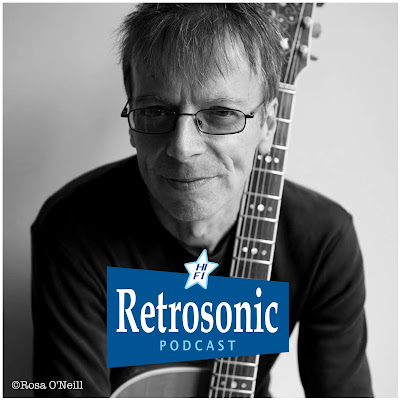 In the latest special edition of Retrosonic Podcast Damian O'Neill, guitarist with The Undertones, That Petrol Emotion and The Everlasting Yeah talks to Steve from Retro Man Blog about his excellent new solo album "Refit Revise Reprise". The album is released via a Pledgemusic campaign under the name Damian O'Neill & The Monotones and comprises twelve tracks recorded at Damian's home and at Press Play Studios in South London. Co-produced, engineered and mixed by Damian, Andy Ramsay (ex Stereolab) and Paul Tipler with musical contributions from Sean O’Hagan (The High Llamas) amongst others. There’s some old, new, borrowed and blue on this record. You’ll hear new songs and instrumental tracks that are guaranteed to thrill and melt your heart plus Damian has delved into his musical past and revamped selected self penned Undertones/That Petrol Emotion songs too. It’s Glam/Stomp/Dreamy Pop with a cascade of guitars, vibes, organ, bells and whistles. Damian takes us on a thoroughly entertaining journey through the new album which also touches on some of his other solo projects and collaborations such as 5 Billion In Diamonds, No Flies On Frank, A Quiet Revolution and the "Trapped In A Cage" single. There's also a world exclusive of one of the first ever performances by the mysterious Derry based Psychedelic Garage Rock band The Wesleys of "Love Parade", a track which would go on to become an Undertones classic! Here's the brand new video of a superb track from the album "Sweet & Sour" directed by Douglas Hart.

You can order the album on CD, download or vinyl and check out the various bundles and packages at the Damian O'Neill & The Monotones Pledgemusic site HERE. For updates, information and news please head over to the official Monotones Facebook page here. Please visit our Soundcloud site to listen/download the episode or easier still, check it out below...


If you prefer, you can stream the episode at Mixcloud or subscribe to Retrosonic Podcast on iTunes for free at the link here to ensure you don't miss another episode! And don't forget to check out our archive for the hugely entertaining story of That Petrol Emotion and The Everlasting Yeah with Damian, Raymond Gorman and Ciaran McLaughlin - it's a must listen for any fan! 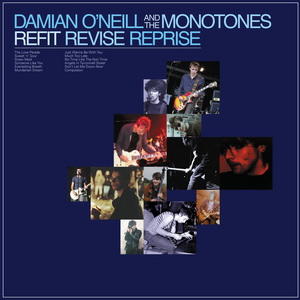 With thanks to Damian, Viv and Rosa O'Neill.
Posted by Retro Man at 21:27 No comments: