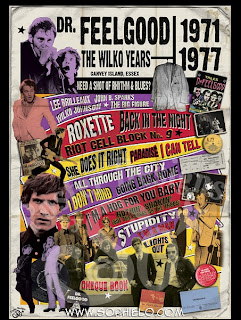 Sophie Lo is the multi-media artist and designer responsible for these amazing posters and artwork that just ooze a real feel and love for raw Rock 'n' Soul in all it's various guises. From the original Rockers Eddie Cochrane, Chuck Berry and Vince Taylor to Folk and Country stars Woody Guthrie, Loretta Lynn and Hank Williams. There are Soul songstresses Irma Thomas and Etta James alongside Bluesmen Bo Diddley, Howlin' Wolf and Muddy Waters. Dr. Feelgood and The Adverts rub shoulders with The Cramps and The Senders. If it's music made from the heart then Sophie has a knack of visualising and capturing that vitality, energy and colour in her artwork. As well as her own original poster designs Sophie has worked on album, book and fanzine covers and has also translated text into French for liner notes and books such as "The Sex Pistols - Rotten by Lydon" (Camion Blanc). 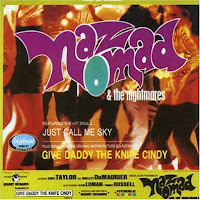 Her album cover designs include Eddie & The Hot Rods, The Senders and Naz Nomad & The Nightmares' "Give Daddy The Knife Cindy". Naz Nomad were in fact, various members of The Damned going under pseudonymns and was a mock soundtrack to a never released movie featuring covers of old Sixties Garage Rock from The Electric Prunes, Human Beinz, The Seeds and Kim Fowley amongst others. This, along with Lenny Kaye's mammoth "Nuggets" box-set were the two releases that sparked off my quest and, dare I say obsession, with Sixties Garage and Psych music. I was also really taken by the Naz Nomad record cover as it perfectly captured the mood and music of the album.

Sophie has also worked on individual commissions for tour posters for The Brian Jonestown Massacre, The Cynics and Eddie & The Hot Rods, promo posters for The Cramps and sleeve design for The Damned.
Magazines such as "Vive Le Rock" and Mike Stax's superb "Ugly Things" have also acclaimed Sophie's work and if this is not enough, she is also an accomplished photographer and painter.
Please check out her Web-site for further examples of what is an extensive portfolio to say the least! Copies of posters are very reasonably priced and if you cannot make a decision easily, then there is a book available featuring a selection of her artwork.
Many thanks to Sophie for permission to use these images, here are some more examples: 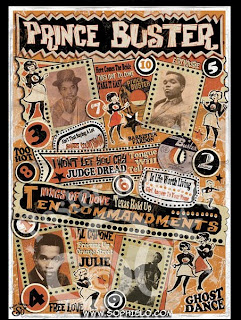 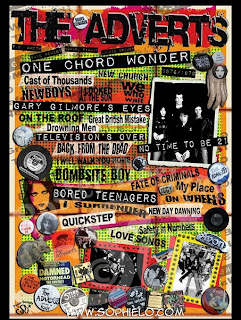 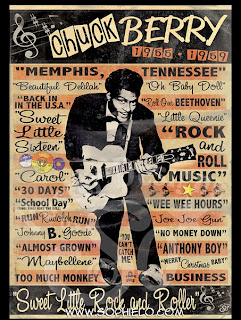 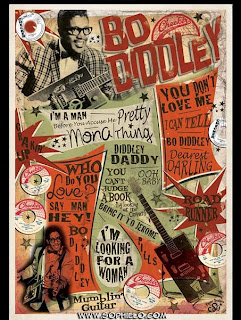