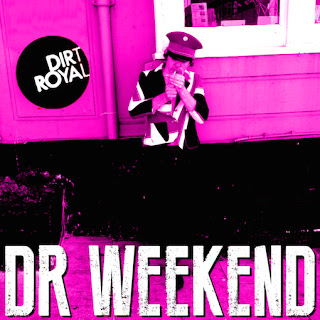 Brighton based band Dirt Royal have just released their brand new single "Dr Weekend (Mr Week)" on Sick Boy Records. For a young band they do somewhat surprisingly take me back to my own "youth" of the late Seventies and early-Eighties and the halcyon age of seeing those great New Wave and 2-Tone bands on Top of The Pops. In fact "Dr Weekend" really reminds me of The Chords, always my favourite amongst those "Mod Revival" bands. There are hints of The Clash and The Jam in Dirt Royal but also a touch of good old fashioned jangling Rickenbacker Power Pop too and they have even been known to tackle a bit of Ska. Come to think of it, lyrically they cover a lot of ground that The Specials did so well - teenage boredom, being broke, early pregnancies, the 9-5 hum drum world of being "factory fodder" and, as in the new single, living for the weekend to get smashed, a chance to let yourself go, only to get stuck in that same cycle again come Monday morning. 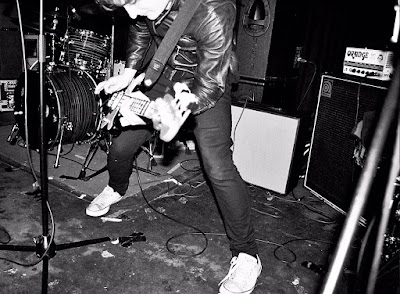 I guess there is a touch of The Libertines about Dirt Royal, there's no doubting that bassist and vocalist Charlie does bear a passing resemblance to Pete Doherty, and whenever I have seen them play live there is that sort of chemistry between him and guitarist and co-vocalist Leon that exists with Doherty and Carl Barat – although I hope that resemblance doesn’t extend quite as far as one of them robbing the other’s flat! The B-Side "It Was You" has become one my favourite Dirt Royal tracks, it has some superb Shangri-La's style melodies, allied to some punchy guitars, you know when the Ramones used to tackle those great classic Rock 'n' Roll tracks like "Let's Dance" and "Do You Wanna Dance?". There are two bonus tracks, "The Man Who Was King" is a full throttle speedy Punk Rock blast and they slow things down for an acoustic driven "It's Not All About You".


Dirt Royal are out on tour so please check out their official web-site for more details information. You can order the new 7" vinyl single direct from Recordstore at their site here. 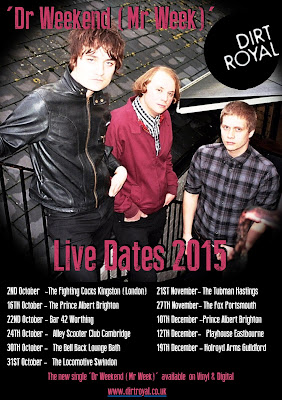