The Baron Four celebrate the release of their long-awaited second album "Silvaticus" with a launch party gig at The Lexington, 96-98 Pentonville Road, London on Friday June 16th. Support comes from The Teamsters and Elsa from The Missing Souls will be DJ'ing in the downstairs bar until the early hours. You'll be able to buy copies of the album on CD or vinyl on the night prior to the official release date of June 30th. If you order tickets in advance you'll be in with the chance of snagging a limited edition numbered CD featuring an instrumental version of "Just How You Want To Be". You can get tickets at the bargain price of £4.95 from here. 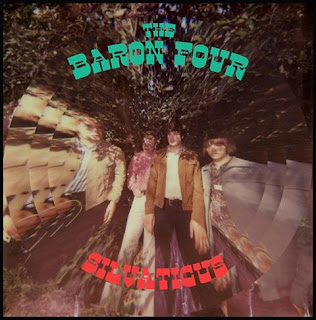 "Silvaticus" is being released on Get Hip Recordings and here's some more info from the label..."ten new, original songs by singer/bassist Mike Whittaker jostle for space with two covers: the recently unearthed "Wild Angel" by James Bond & The Agents from 1967, and a radical reworking of the Bo Diddley classic "I Can Tell" featuring relative newcomer CK Smith on some of the dirtiest blues harp you’re likely to hear this year! Elsewhere, Mr. Smith lays down some killer guitar parts, deft and assured, with just the right amount of grit, complementing fellow axe-man Joe Eakins’ relentless rhythm. There’s even a 12-string in there! Set for release on Friday June 30th, the album will be available on Opaque Orange color vinyl (limited to 300), classic black vinyl (limited to 200), CD and digital. All LP’s include a complimentary download coupon". 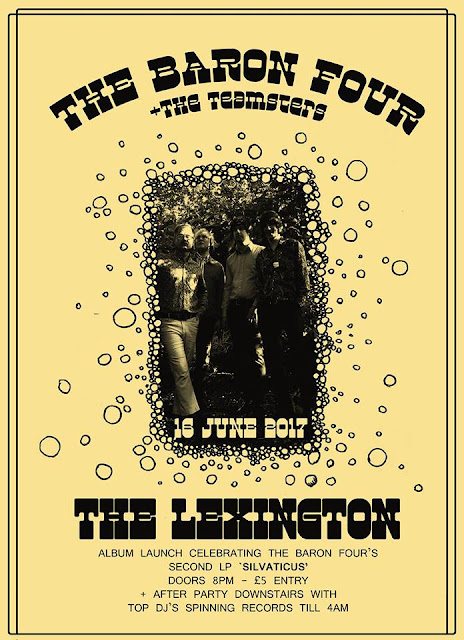 Here's the band filmed at our Retro Man Blog Night at The Half Moon night last November.

For more information and up-to-date news on the band please check out their Facebook page here.

Email ThisBlogThis!Share to TwitterShare to FacebookShare to Pinterest
Labels: Garage Rock, Get Hip Recordings, The Baron Four, The Lexington, The Missing Souls, The Teamsters