This was a great double bill at one of our favourite venues, The Railway Hotel in Southend-on-Sea. First of all we had the screening of the excellent British indie film "Pubmonkey" followed by a live set by The Len Price 3, who wrote the movie's score. Lead actor Phil Deguara and the movie's writer Jamie O'Hara, who also plays the psychotic debt-collector Bingo, were in attendance to introduce the screening and chat to people throughout the evening. If you are not familiar with the movie you can check out the in-depth interview in our Retrosonic Podcast Pubmonkey special with Jamie and The Len Price 3's Glenn Page talking about the making of the film and how the band got involved with writing the music. It also features some exclusive music from the film's score and of course a selection of other Len Price 3 tracks that pop up during the movie. You can listen to and download the Podcast free of charge from our Soundcloud site or subscribe for free at the iTunes store.

Pubmonkey is the story of how a drunken shoe salesman's life gets turned upside down. Eddie is the Pubmonkey, an amateur philosopher, chronic loser and Sinatra fan whose only discernible talent is entertaining lowlifes for free drinks. His life has taken a downward turn, stuck in a dead end job in a shoe shop, one morning he receives a phone call from an irate addict known as Loony Noonie. He accuses Eddie of stealing a shipment of cocaine and gives him till 8pm that evening to return it or he’ll kill his girlfriend. Eddie knows nothing about the cocaine or why his girlfriend has been taken. He decides to rally a bunch of people from his colourful past in a bizarre rescue attempt. These include an aging gang of builders collectively referred to as The Berts and an unhinged debt-collector known as Bingo. Will Eddie be able to get this disparate group together in time? Will Loony Noonie’s sanity hold out? But, most importantly, will Eddie be able to keep himself sober enough to make it through the day and save his girlfriend? 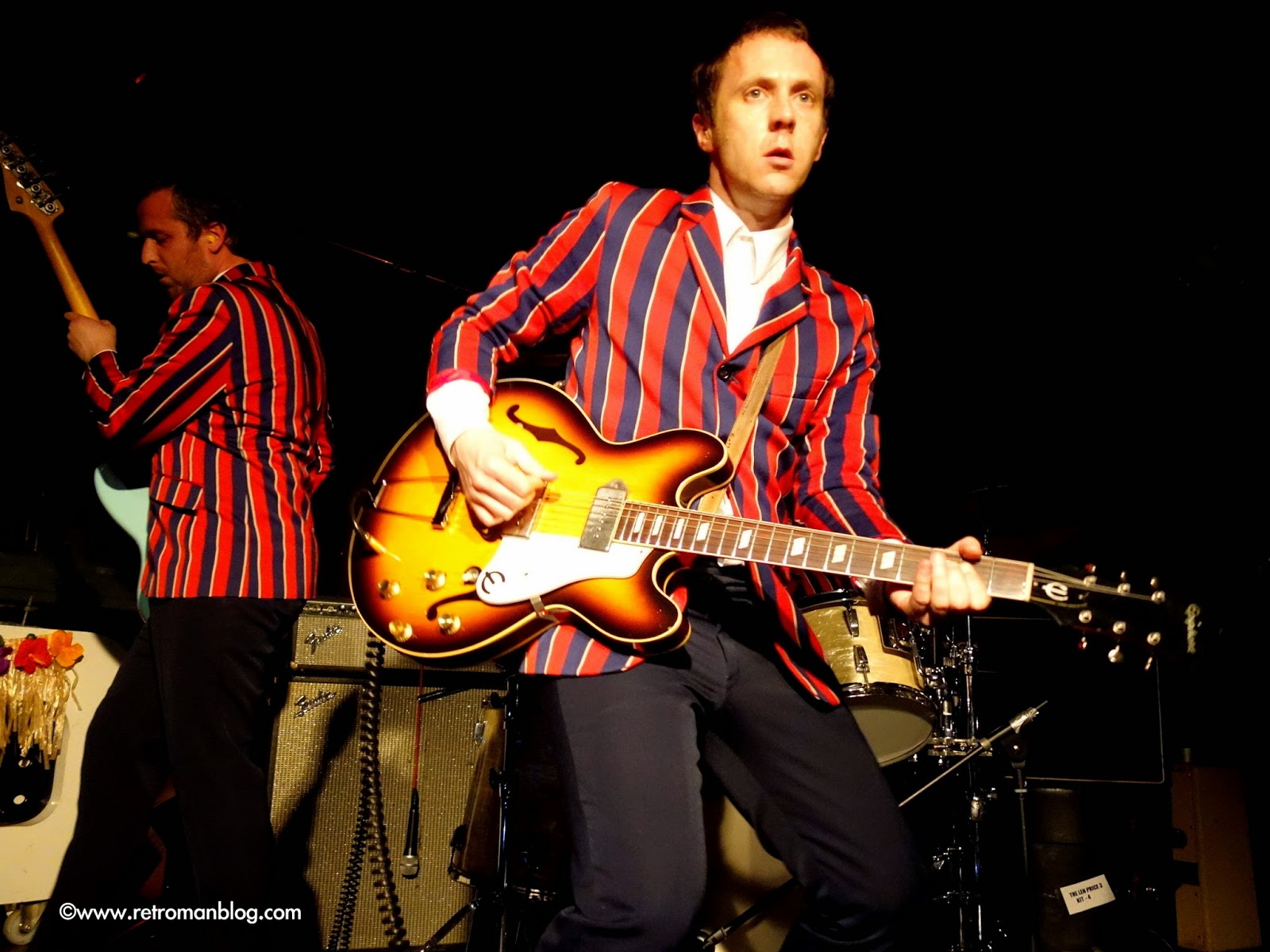 The Len Price 3 followed the movie with a storming set of their razor sharp vignettes on modern life, bursting with so much energy that the Railway's P.A. system was almost on the brink of collapse! Tonight's set was one of the tightest and loudest I have seen from the band and it included a choice selection of tracks from throughout their career. So, we are treated to a rare outing of the excellent "Dorolia", the B-side of their first single right through to an as yet unreleased new song "Nothing I Want", which will feature on their forthcoming record store day single. The Len Price 3 will be appearing at our next Retro Man Blog Night at the Half Moon Putney on May 08th, together with Graham Day & The Forefathers and The Galileo 7, you can buy tickets in advance from here.

For more photos of the evening please head on over to the Retro Man Blog Facebook page and hit "Like" (if you are not already following or subscribing) to access the exclusive photo album. For news on future screenings and gigs please check out the Pubmonkey official Facebook page.