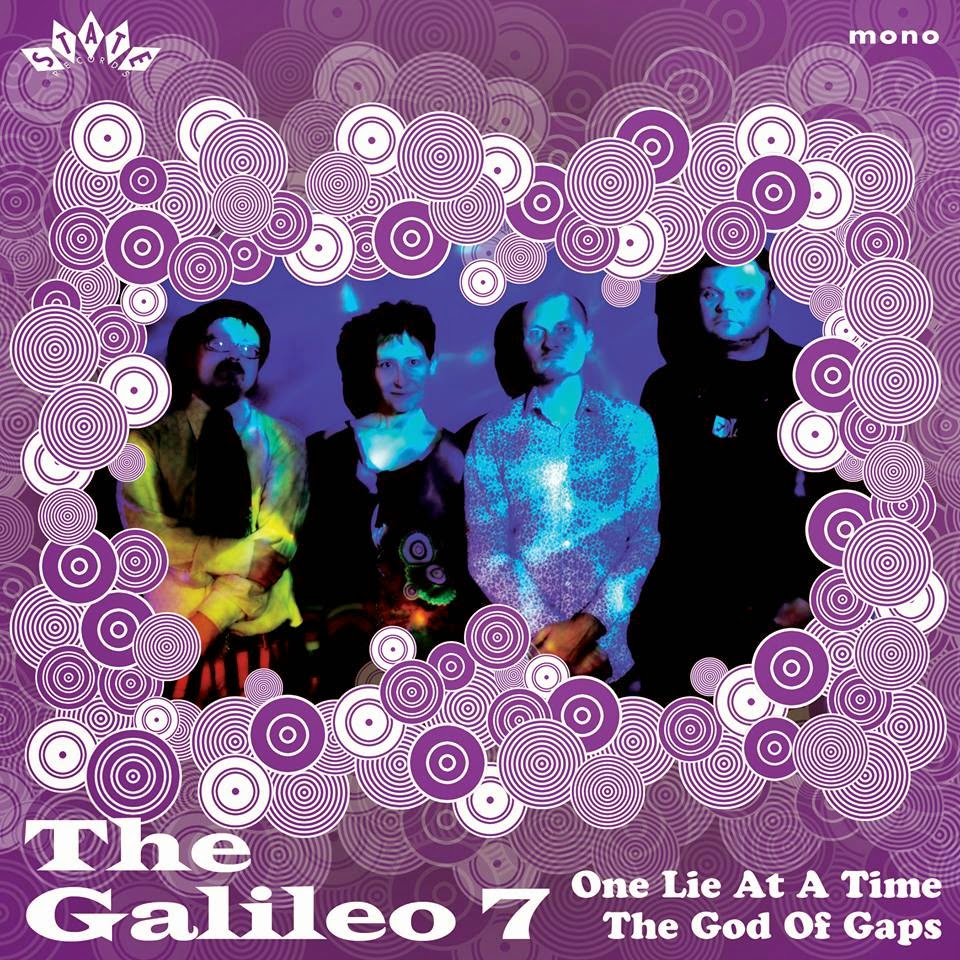 The Galileo 7 have released a brand new Double A-Sided 7" Vinyl single on State Records (THS-018) entitled "One Lie at a Time"/"God of Gaps". It follows hot on the heels of the band's highly acclaimed third album "False Memory Lane" and is the first release featuring the new look line-up. Recorded in glorious mono, only 500 copies have been pressed, with an uber-hip push-out centre, in a simply wonderful picture sleeve - State Record's first since 2012's Suzi Chunk single. As an added bonus, the first 250 copies will include a 3-track CD featuring both sides of the vinyl and an exclusive track unavailable anywhere else! The CD copies will only be available direct from the band or label so place your orders here. It's what you might call a classic "Double A-side" single as both tracks are equally as infectious and highlight the band's strong points perfectly. "One Lie at a Time" is a storming head-on rush of a song with some Moon-like drums from State Records boss Mole crashing all around the fuzzed up guitar riffs by front-man Allan Crockford and Viv's swirling organ runs. It really captures the live energy of the new look band in the grooves of the vinyl and is sure to become a favourite at future gigs. "God of Gaps" is a bit more of a slow burner but it won't be too long before the melodies are embedded in your brain and it shows the quality of the song-writing is improving with each release. I know it hasn't been long since the release of the current album but I'm already looking forward to the next one with this new line-up, it should be something special!

We'll be playing a track from the new single in our next episode of Retrosonic Podcast so please keep an eye on the Blog or sign up to our mailing list, follow on Twitter or "Like" on Facebook to be the first to get the news on the release date of that. The Galileo 7 will also be opening our next Retro Man Blog Night at The Half Moon in Putney on Friday May 08th. This will be a repeat of last year's sold-out "Medway Garage Rock Night" featuring Graham Day & The Forefathers and The Len Price 3. Tickets are already selling very fast and as this is an intimate show with a capacity of just 200 then we'd recommend booking tickets in advance, especially if you are thinking of going and have to travel. Tickets can be pre-booked directly from The Half Moon here. 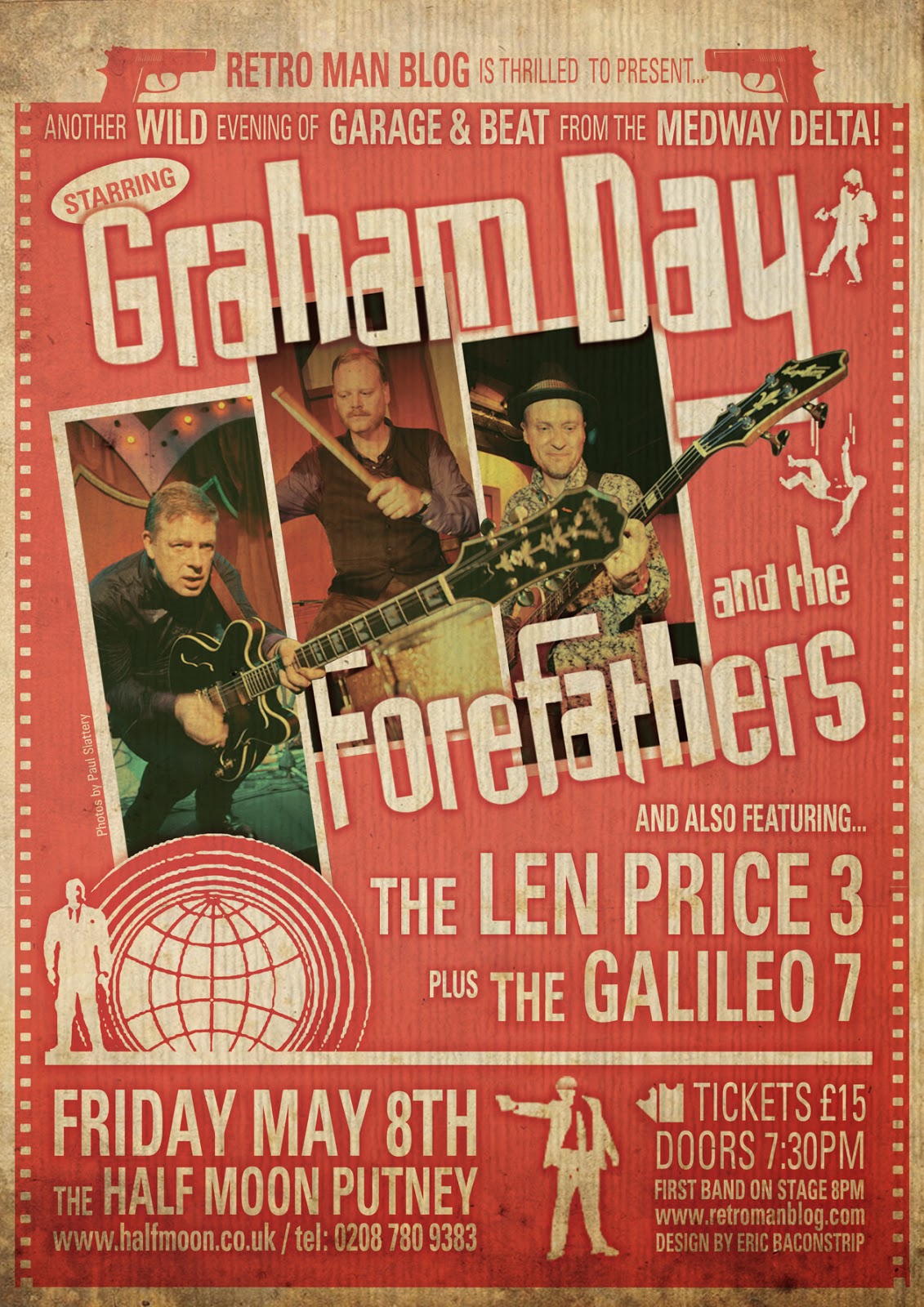 Check out our previous Blog feature on our first experience of the great new G7 line-up here.
Posted by Retro Man at 23:36