This excellent new book from U.K. Subs bassist Alvin Gibbs "Diminished Responsibility: My Life as a U.K. Sub and Other Strange Stories" (the first from those good folks at Time & Matter) works on all levels – whether it be as an evocative autobiography, travelogue and tour diary or a thoughtful take on the various machinations of the music industry over the years. Take your pick, Alvin has all bas(s)es superbly covered within these fast-turning pages. Starting off with a foreword by Henry Rollins, we are soon plunged into Alvin’s earliest childhood memories and his first love, surprisingly not music but football, both as a handy player and then as a passionate supporter of his local team Crystal Palace. He soon gets hooked by the music bug though and inspired by Glam Rock he forms various bands with school friends and ends up striking up an unlikely friendship with Guy Stevens, the inspired, if somewhat erratic, producer of Mott The Hoople and The Clash’s “London Calling”. Alvin then gets sucked into the burgeoning London Punk scene, seeing early bands in legendary venues like the Roxy but it’s experiencing the Ramones play at the Croydon Greyhound that really seals the deal and he joins Cambridge based Punks The Users. He then lands playing bass for Brian James who had just left The Damned to form his own band, The Brains, later to become The Hellions and there are some hilarious tales of Brian’s less than benevolent handling of the tour expenses. Alvin then recalls his audition with the U.K. Subs which would be the first encounter of an on-off relationship that endures to this very day and, as we are about to discover, would go on to provide so many experiences that he will soon be publishing Volume 2 of these memoirs.

Alvin’s recollections are shot through with a conscience which may be one reason why he re-wrote his (initially rather discreet) first book about touring with Iggy Pop. He mentions that he struggled against expected social conventions of the time such as pressure from family versus becoming an all-out Rock ’n’ Roll monster. But therein lies the charm of the story. For example, this paradox leads him to get married at an early age because he felt it was the right thing to do but it only causes him sleepless nights, in more ways than one, when he can’t stop himself from succumbing to the pleasures of being on tour. It’s these frank, soul searching elements that elevate the book to another level and prevents it being much more than just another lurid Rock ’n’ Roll memoir. Don’t get me wrong, there are enough amusing, sometimes eye-opening vignettes of on-the-road bad behaviour, particularly when the Anti-Nowhere League and Hanoi Rocks are also involved. But despite his honest recollections of these wild adventures, Alvin comes across as a likeable and thoughtful person who manages to find the time to discover the joys of foreign travel amongst the hectic tour schedules and after-show carousing. For example, his vivid portrayal of New York and his evident passion for places as diverse as Florence in Italy and Austin in Texas are really evocative and you can understand why he now resides in France, seemingly someone totally at ease with different cultures thanks, I’m sure to his globe-trotting experiences as a touring musician. It’s not all seen through rose-tinted glasses though as is evident in the hair-raising encounters with right wing factions in Germany, a sobering visit to the Dachau concentration camp and even run-ins with Rednecks and Hell’s Angels in the States, which he compares to the movie Easy Rider.

However, it’s in his description of the U.K. Subs ground-breaking but ultimately ill-fated tour of Poland in 1983 where his writing really hits its stride. The Subs were the first Punk band to play there and they experienced not only their largest crowds and biggest venues but the intense, claustrophobic atmosphere of life behind the Iron Curtain as the Solidarity movement gained momentum. But let’s rewind a bit and I’ll let you in on a selection of other goodies that you will encounter as we accompany Alvin on his literary tour bus. There are encounters with John Lydon, Billy Idol and Arturo Vega in New York, there’s The Cramps, The Police and Thin Lizzy and some less than pleasant experiences with Adam Ant and Bruce Dickinson from Iron Maiden. There’s loads of interesting snippets of information and gossip for U.K. Subs fans and various vignettes that could come straight from the movies “Almost Famous” and “Spinal Tap”, from death defying air journeys to Drummer Steve Roberts spectacular ego-driven meltdown. There are backstage punch-ups and the reasons for original rhythm section Paul Slack and Pete Davies leaving the band. We discover the secret behind the ‘live’ album “Crash Course” and how their stint at Jacobs studio in rural Farnham inspired the Guns n’ Roses favourite “Down on The Farm”. We learn how the Subs’ press photos for “Keep On Running” caused a furore amongst the Hardcore Year Zero Punk fraternity and find out how the band got scrubbed from Top of The Pops. It’s all here and more…!

Obviously, Alvin opens up on the relationships with his various band-mates but I was a bit surprised that guitarist Nicky Garratt remains an elusive figure throughout the book. Nicky, it seems generally preferred to do his own thing on tour, not partaking in the usual on the road chaos around him, and in fact even gets labelled a Boy Scout at one point. However, it’s not until the very last chapter where Alvin explains the unexpected twist regarding the band’s split in 1983 that he expands on the importance of Garratt’s role. Admitting that Garratt played a major part in bringing Charlie’s somewhat sketchy ideas for songs to life and how he tried his best in the studio to rescue the disappointing “Diminished Responsibility” LP, not forgetting his incendiary live performances. Yes, the way the band ended here comes as a bit of a surprise, not what I was expecting at all and I won’t go into the details here, you’ll just have to buy yourself a copy to find out! The book is the first to be published by Time & Matter Recordings new publishing wing Tome & Metre and can be ordered directly from here. Keep an eye on their site for news on the forthcoming Volume 2. 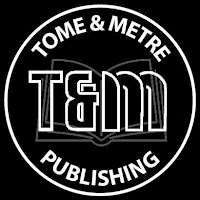 You can hear my colleague Paul Slattery's favourite Subs track and a song from Alvin Gibbs & The Disobedient Servants in Retrosonic Podcast Episode 32 (see below). Paul photographed the U.K. Subs for various single and album covers such as "Stranglehold" and "Original Punks, Original Hits".