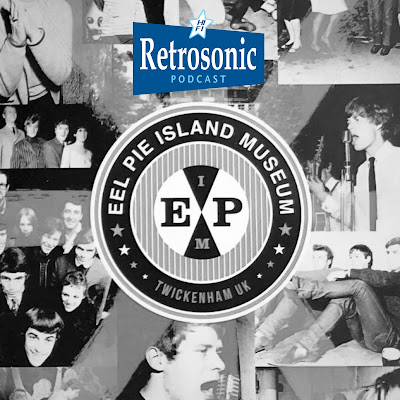 In the latest episode of Retrosonic Podcast, Steve from Retro Man Blog and Buddy Ascott of The Fallen Leaves are on location at the excellent Eel Pie Island Museum in Twickenham in the company of museum curator Michele Whitby and music historian Pete Watt. We discuss the rich musical heritage of what has become known as the Thames Delta and the birthplace of 60's British Beat and R'n'B, focusing on the legendary Eel Pie Island Hotel and some of the famous acts who played there. From it's opening night in 1956 and the Trad Jazz of Acker Bilk, Chris Barber and George Melly to the last show in 1970, the Hotel hosted gigs by many hugely influential bands and artists. There were shows by the leading importers of American Blues and R'n'B such as Alexis Corner, Long John Baldry and John Mayall, the originators Howlin' Wolf and John Lee Hooker and of course, their young acolytes such as the Rolling Stones, The Artwoods and Downliners Sect. That's not to forget Soul acts like Jimmy Cliff and Geno Washington and even the later incarnation when the Hotel was transformed into Colonel Barefoot's Rock Garden and started putting on Heavy Rock and Psychedelic acts such as Deep Purple, Joe Cocker and Black Sabbath. One of the most fascinating aspects is discovering all the now legendary names who made early pre-fame and fortune appearances at the Eel Pie Hotel including David Bowie with The Manish Boys, Jeff Beck with The Tridents, Ian McLagan with The Muleskinners and Eel Pie audience regular, Rod 'The Mod' Stewart with Steampacket. 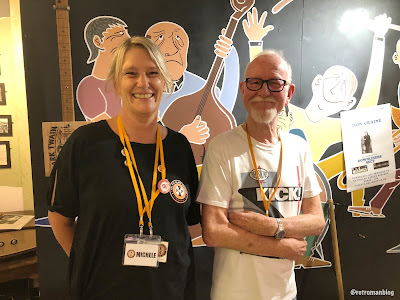 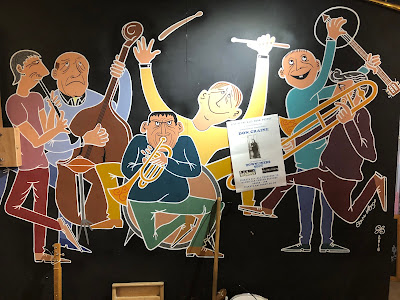 Surprisingly, despite Pete Townshend's strong links with Twickenham - after all, his studios and publishing company were named after the Eel Pie Island - The Who only played there once and you might be surprised to find out when. The answer can be found in the episode along with other interesting facts and anecdotes - for example, just how did bands get their equipment to the Hotel before the bridge was built? Did you really need a passport to cross to the Island? Why did The Pretty Things never get to play there? The Hotel was sadly destroyed by fire in 1971 and is now the site of luxury flats but thankfully, the Eel Pie Island Museum is keeping the remarkable legacy of Eel Pie Island alive in such a vibrant and enthusiastic way. To find out more about the Museum and the history of Eel Pie Island, including their mightily impressive list of bands and artists who played at the Hotel, details on visiting, yearly membership, merchandise and much more please check out the official web-site here. If you're going along to the Museum we'd also recommend a visit to the excellent Eel Pie Records, check out the regular live shows at The Eel Pie Club at the Cabbage Patch and of course enjoy a pint or two at the Eel Pie pub. For our report on the recent Don Craine tribute and fund-raising gig at The Half Moon Putney, please check out the feature in our archive here. Retrosonic Podcast Episode 48 features Buddy and Rob Green of The Fallen Leaves discussing the show and there's also an exclusive new song from Thee Headcoats Sect, the band that Billy Childish formed with Don Craine. We'd also recommend the books "British Beat Explosion: Rock 'n' Roll Island" and "Raving Upon Thames: An Untold Story of Sixties London" by Andrew Humphreys for further reference and inspiration. You can subscribe to Retrosonic Podcast for free at Spotify, Apple Podcasts, iTunes, Amazon Music or direct from SoundCloud below:
Retrosonic Podcast · Eel Pie Island Museum - The Legacy of The Thames Delta 60's British Beat and R'n'B Explosion 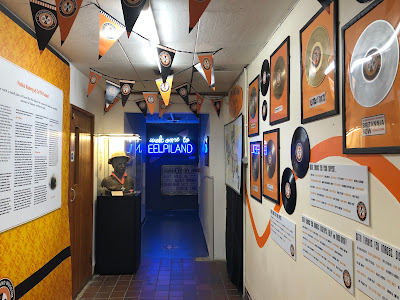 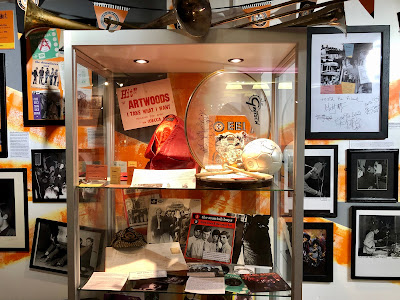 Rolling Stones "I Just Want To Make Love To You"

Rolling Stones "Not Fade Away"

The Artwoods "If I Ever Get My Hands On You"

The Muleskinners "Back Door Man"

The Steampacket "Can I Get A Witness?"

The Manish Boys "Take My Tip"

With sincere thanks to Michele and Pete at The Eel Pie Island Museum. Eel Pie Island resident Sheba from Bitter & Twisted Cartoons designed the fantastic Eel Pie caricatures picture (as seen below), which can be found on tea towels, posters and postcards in the museum shop. 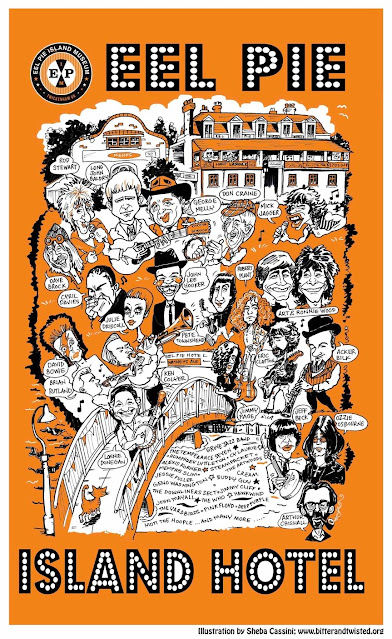 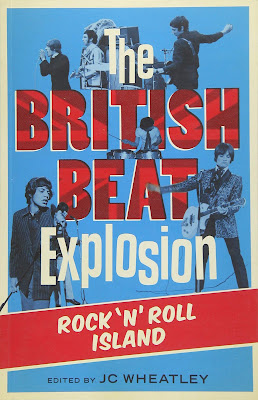 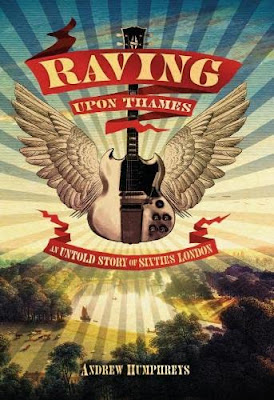