Yesterday we went along to the Dennis Morris exhibition Super Perry, a selection of superb photos of Lee "Scratch" Perry arranged to coincide with the release of the book Super Perry and timed to commemorate Perry's sad passing in late August last year. Morris has included pictures of the legendary and eccentric Reggae and Dub producer from the late 70's right up to their last photoshoot together out and about in London in 2016. You can also see photos of John Lydon's pre-Public Image Ltd trip to Jamaica and there's even a full size recreation of Perry's Black Art Studio. We were in luck as Dennis was there in the gallery and was happy to chat and explain more of the background to the photos on display. Dennis Morris started off his career in music photography while he was still at school, hanging around a soundcheck waiting for Bob Marley. Marley was impressed and invited Morris on tour with the Wailers and the subsequent photos became famous worldwide and even graced the cover of Melody Maker, all this before Morris was 17 years old. The photos of Marley caught the eye of Reggae fan John Lydon who invited Dennis to take photos of the Sex Pistols when they signed to Virgin Records. These photos are collected together in the excellent book "Destroy" which was published buy Creation Books. When the Pistols split up, Morris continued to work with Lydon and Public Image Ltd, designing their logo and the "Metal Box" packaging. Dennis then worked in A&R for Island Records and joined the Punk band Basement 5. He formed Drum & Bass unit Urban Shakedown, who Paul Weller chose as the first release for his Respond Records label and this was followed by the Hip Hop outfit Boss, who were signed by Virgin. For details on how to buy Dennis Morris prints and books and news on upcoming exhibitions, please check out the official Dennis Morris web-site here. The Super Perry exhibition which is hosted by Gimme 5, is on at 30 Old Burlington Street, London W1 until Thursday September 7th, for more details please check here. 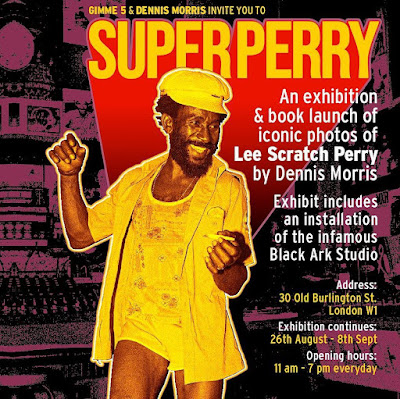 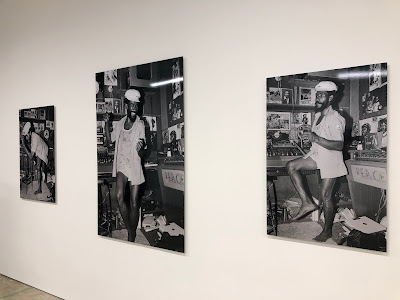 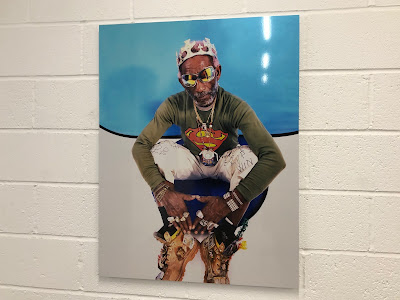 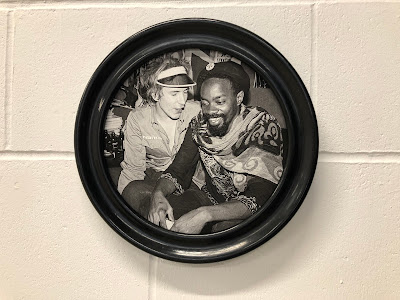