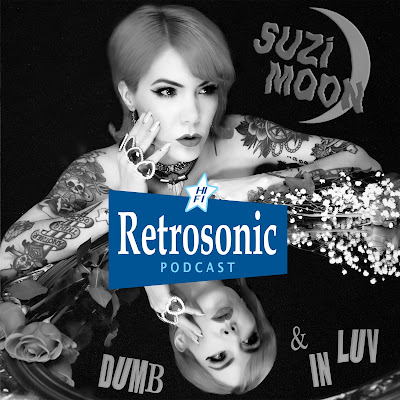 In our latest interview special we catch up with Suzi Moon following her show at Bannerman's in Edinburgh and welcome her into the virtual Retrosonic Podcast studio for a thoroughly enjoyable jaunt through her career as a musician and life as a music fan. We talk about her love of the Rebellion Festival in Blackpool, where she was soon to appear, and her affinity with European and U.K audiences. Suzi then takes us on an entertaining journey from her upbringing in Southern California and the influence of her older sister on Suzi becoming a musician, inviting her to join her band Civet and encouraging her to write songs of her own. Then there's Turbulent Hearts and the short-lived project L.A. Machina before Suzi finally embarks on her own solo career with the release of the excellent and well-received E.P. "Call The Shots". Suzi picks her own favourites from all aspects of her career right up to the brand new single from the hotly anticipated debut album "Dumb & In Luv" which is available to pre-order from Pirates Press Records now. Among many and various topics we also discuss her songwriting process, the connection between her mum and Alternative Tentacles Records, the New York CBGB's scene and much more. Suzi also plays some of the records that introduced her to Punk Rock and helped shape her own music along with some inspirational bands and people that have supported her along the way. The episode is soundtracked by great tracks from The Hives, Elvis Costello & The Attractions, The Stooges, The Heartbreakers, Nazi Bitch & The Jews, Teenage Bottlerocket, Minatore and Against Me! You can subscribe to Retrosonic Podcast for free at Spotify, iTunes, Amazon Music, Apple Podcasts or direct from our SoundCloud site below:
Retrosonic Podcast · Suzi Moon
Tracklisting (please click the highlighted links for further information)

Elvis Costello & The Attractions "No Action"

Iggy & The Stooges "I Wanna Be Your Dog"

Civet "Take Me Away"

For more info on Suzi Moon, please check out her official web-site here or her Facebook page here. U.K. and European fans can pre-order the forthcoming album "Dumb & In Luv" here and US and worldwide fans can get the record from Pirates Press Records. With sincere thanks to Suzi. 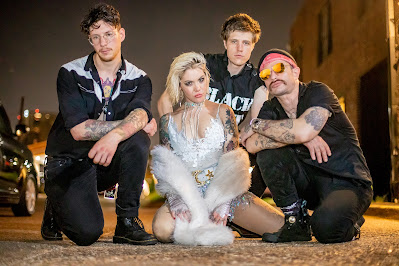